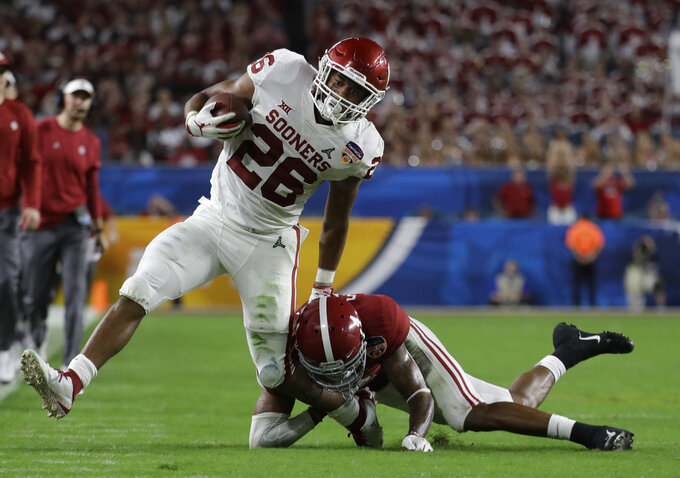 Alabama defensive back Saivion Smith (4) holds onto the foot of Oklahoma running back Kennedy Brooks (26), during the second half of the Orange Bowl NCAA college football game, Saturday, Dec. 29, 2018, in Miami Gardens, Fla. (AP Photo/Lynne Sladky)

The junior college transfer played in all 15 games during his lone season at Alabama, starting 12. He had 60 tackles, three interceptions and eight tackles for loss.

Smith was a five-star recruit who played one season at LSU before transferring to Mississippi Gulf Coast Community College.

He joins defensive tackle Quinnen Williams, left tackle Jonah Williams, running back Josh Jacobs and tight end Irv Smith Jr. in declaring for the draft. The decisions for the other four were announced Friday at a news conference.

Safety Deionte Thompson and linebackers Anfernee Jennings and Mack Wilson are among other Tide juniors who haven't announced their intentions yet.