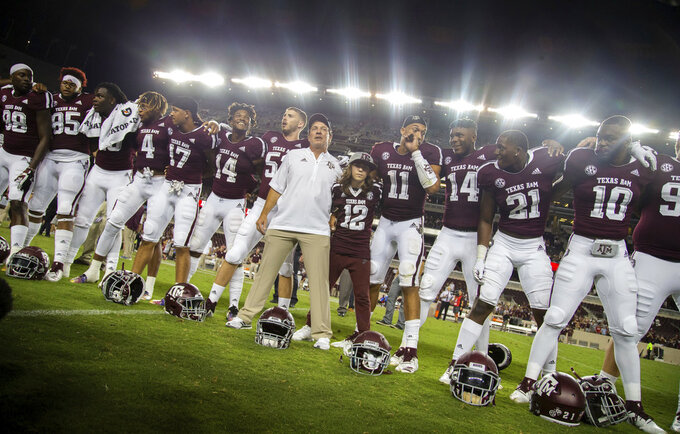 The first big test of the Jimbo Fisher era at Texas A&M is coming to Kyle Field this week, and it is a familiar foe for the Aggies new coach.
No. 2 Clemson and Dabo Swinney visit College Station, Texas, on Saturday. Max Olson of the Athletic joins AP's Ralph Russo on the Top 25 College Football Podcast to preview Clemson-A&M and the rest of week two, including an interesting matchup for Nebraska against Colorado.
Cornhuskers coach Scott Frost makes his debut after the scheduled opener against Akron last week was cancelled because of severe weather.
Also, Alabama's quarterback competition and what it means for Jalen Hurts now that Tua Tagovailoa is No. 1 for the top-ranked Crimson Tide. And what's next for Texas and Florida State after week one flops?
___
Follow Ralph D. Russo at www.Twitter.com/ralphDrussoAP and listen at https://www.podcastone.com/AP-Top-25-College-Football-Podcast
___
More AP college football: http://collegefootball.ap.org/poll and https://twitter.com/AP_Top25