Auburn's Carlson out for season; Nix has successful surgery 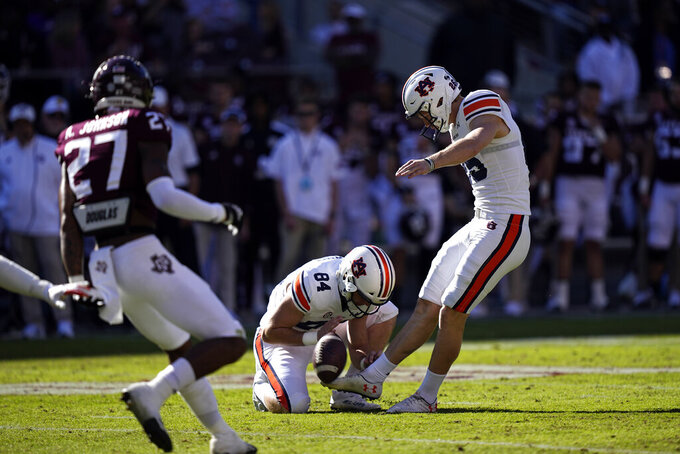 AUBURN, Ala. (AP) — Auburn placekicker Anders Carlson is out for the season with an ACL injury while quarterback Bo Nix had season-ending ankle surgery.

Coach Bryan Harsin said that Monday's surgery on Nix was successful, ending his season and his streak of 34 consecutive starts.

Carlson and Nix were both hurt in Saturday's 43-34 loss to Mississippi State, when the Tigers blew a 25-point lead. Carlson had made 14 of 21 kicks.

“Both of those guys are in good spirits, and it’s unfortunate what happened to them,” Harsin said. “Those guys have handled it well. Guys on the team know what we need to do to have guys step up and be able to fill those roles and get ourselves ready to play in this next game.”

Quarterback T.J. Finley, who started five games for LSU as a freshman last season, will start Saturday at South Carolina.