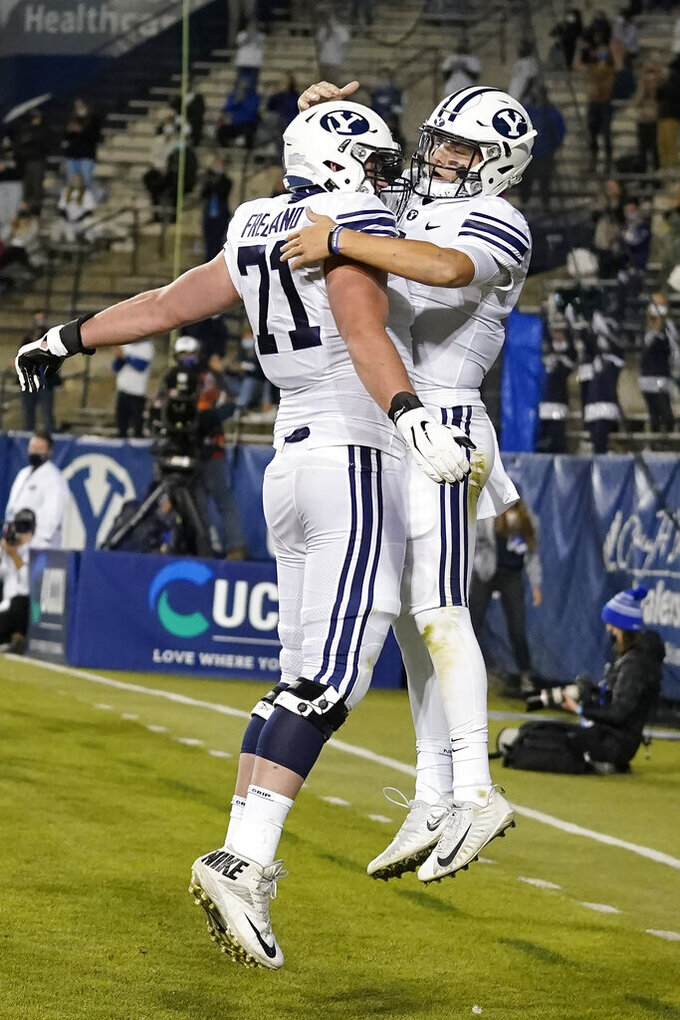 If No. 9 BYU wants to keep its special season rolling it must win on the blue turf for the first time. The Cougars improved to 7-0 with last week’s 41-10 thumping of Western Kentucky. There isn’t a bigger statement opportunity for the Cougars. Boise State could find itself in the New Year’s Six conversation by the end of the season and a win over the Cougars would be a great resume addition. The biggest question for the Broncos is who will be under center after Hank Bachmeier did not make the trip to Air Force last week. Jack Sears filled in more than admirably throwing for 280 yards and three touchdowns.

It’s only two games but Boise State’s offense is cooking. The Broncos scored 42 against Utah State and 49 last week at Air Force, each time with different quarterbacks at the helm. But they haven’t faced a defense as stingy at BYU. The Cougars are giving up just 13.4 points and 281 yards per game.

BYU: QB Zach Wilson. Of course all eyes should be on Wilson, who is leading the sixth-best offense in the country in terms of yards. But there’s a bigger back story as Wilson initially committed to Boise State before withdrawing his commitment and eventually staying in his home state. In his only game against Boise State in 2018, Wilson was 18 of 27 for 252 yards in the 21-16 loss.

Both teams are ranked entering the matchup for the first time in series history. ... BYU is trying to improve to 8-0 for the fourth time in school history — previously reached the mark in 2001, 1984 and 1979. ... Of the previous five games played in Boise, four have been decided by five points or less. Three of those have been one-point wins by the Broncos. ... The schools are currently scheduled to meet every season through 2034, with the exception of 2024. ... Boise State is 26-1 in non-conference home games since 2006.