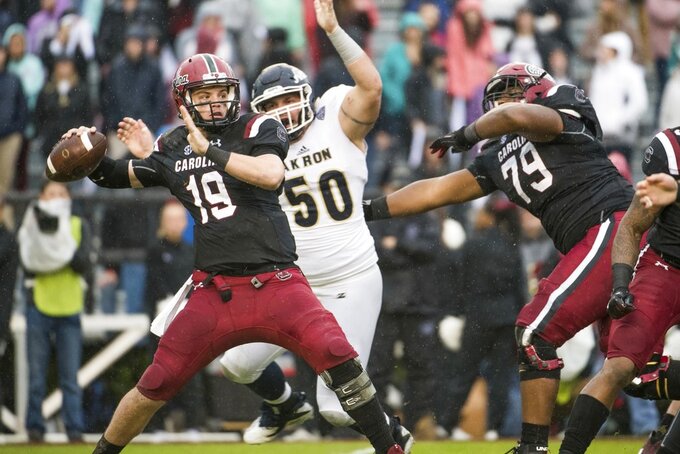 South Carolina: The Gamecocks are tested and successful in close contests. Four of their wins came by four points or less. Will Muschamp has won 22 games in three seasons, the most of any Gamecocks coach in his first three seasons.

Virginia: The Cavaliers, making their first consecutive bowl appearances since 2004-05, were in the thick of the ACC Central race until late season losses. They had conference victories over Miami, Louisville and Duke. Averaged 170.3 yards per game on the ground this season.

Virginia: Cavaliers have not played at the Belk Bowl since 2003, when it was the Continental Tire Bowl. They've lost three straight bowl games, including a 49-7 loss to Navy in last year's Military Bowl.