Bill Fralic, star lineman for Pitt and Falcons, dies at 56 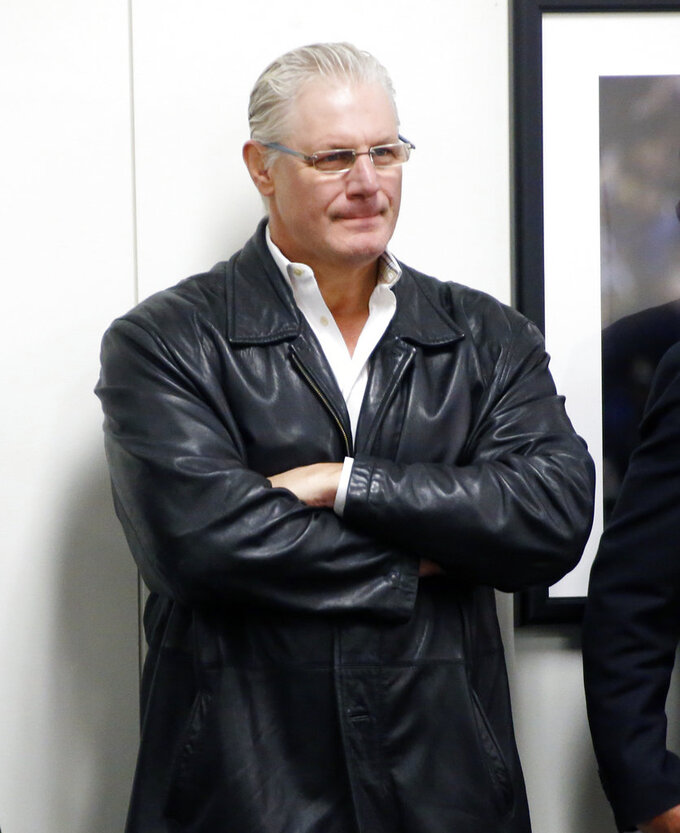 FILE - In this Nov. 5, 2015, file photo, Bill Fralic watches a news conference in Pittsburgh. Former star Atlanta Falcons lineman Bill Fralic died Thursday, Dec. 13, 2018. He was 56. Fralic was a three-time All-American offensive lineman at Pittsburgh. The university said he had cancer and died at his home in suburban Atlanta. (AP Photo/Keith Srakocic, File)

PITTSBURGH (AP) — Bill Fralic, the burly, bruising and athletic offensive lineman who starred for the Atlanta Falcons and was a three-time All-American at Pittsburgh, has died. He was 56.

He had cancer and died Thursday at his home in suburban Atlanta, the university said.

Fralic was the first offensive lineman to finish in the top 10 in Heisman Trophy balloting — finishing eighth in 1983 and sixth in 1984. He was inducted into the College Football Hall of Fame in 1998. The school retired his No. 79 at halftime of his final home game in 1984.

Pitt made Fralic part of its inaugural Athletics Hall of Fame in 2017, a class that included former teammate and Hall of Fame quarterback Dan Marino.

"Bill Fralic is the best," Joe Moore, who worked as Pitt's offensive line coach during Fralic's career, once said. "If you can find somebody better, bring him to me. I've been privileged to coach some good ones here, but none better than Bill Fralic. Those kind only pass through once."

Atlanta selected Fralic with the second overall pick in the 1985 draft. He spent nine seasons in the league, including eight as one of the few bright spots during a difficult period for the Falcons. He was named to the Pro Bowl four times and earned All-Pro honors in 1986 and 1987. The NFL placed him on its All-Decade Team for the 1980s even though Atlanta struggled during much of his career. The Falcons went 27-67-1 during Fralic's first six seasons before finally reaching the playoffs in 1991.

Current Atlanta owner Arthur Blank called Fralic a "cornerstone" of the franchise, adding "he was a beloved Falcon, and we will always be grateful for the impact he made here in Atlanta."

Fralic attempted to serve as a whistleblower against what he considered rampant steroid use in the NFL. In 1989 he told the U.S. Senate Judiciary committee that "steroid use in football represents a vicious cycle" and estimated that 75 percent of offensive and defensive linemen and tight ends used the performance-enhancing drug. Former Vice President Joe Biden, then chairman of the committee, lauded Fralic's candor.

It was just another area of Fralic's life where he stood out.

"Our football fraternity lost a great one," tweeted former NFL defensive lineman Tony Casillas, a teammate of Fralic's from 1986-89 before later facing Fralic while playing for Dallas. "I had so much respect for this man."

Fralic grew up in suburban Pittsburgh, starring at Penn Hill High School before joining the hometown Panthers. Fralic never forgot his roots, footing the hotel bill for the Penn Hills football team last week when the Indians traveled to Hershey, Pennsylvania, to play in the Class 5 A state title game, which they won.

"Bill Fralic was not only an all-time player at the University of Pittsburgh, but also an all-time human being," Pitt football coach Pat Narduzzi said. "His generosity, support and concern for others was unmatched. For as hulking a figure as he was, Billy was even larger in his kindness and passion for others."