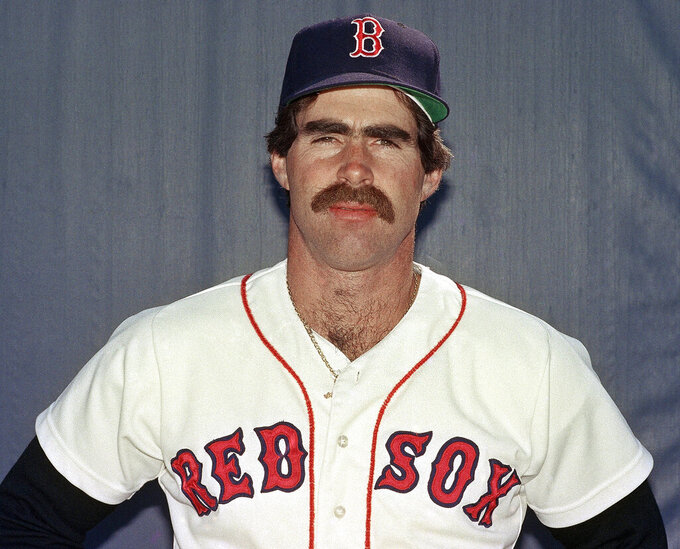 FILE - In this March 1986, file photo, Boston Red Sox first baseman Bill Buckner poses for a photo. Buckner, a star hitter who became known for making one of the most infamous plays in major league history, has died. He was 69. Buckner's family said in a statement that he died Monday, May 27, 2019, after a long battle with dementia. (AP Photo, File)

Bill Buckner, whose botched grounder in the 1986 World Series became one of baseball's most infamous plays, died Monday at 69. Six others whose legacy is attached to a play gone wrong:

—Fred Merkle: A baserunning blunder by the New York Giants rookie in 1908 against the Cubs resulted in a tied game. "Merkle's Boner" proved critical in the Giants losing the pennant to Chicago.

—Roy Riegels: Known as "Wrong Way" Riegels, the Cal player scooped up a fumble in the 1929 Rose Bowl against Georgia Tech and ran 69 yards in the wrong direction.

—Ralph Branca: The Brooklyn Dodgers pitcher who gave up a home run to Bobby Thomson — the "Shot Heard 'Round the World — in a 1951 playoff game.

— Roberto De Vicenzo: The Argentine golfer who signed an incorrect scorecard at the 1968 Masters, preventing him from going to a playoff.

—Andres Escobar: The Colombian scored an own-goal in a loss to the United States at the 1994 World Cup, leading to his country's ouster. Once home, Escobar was killed by gunmen.