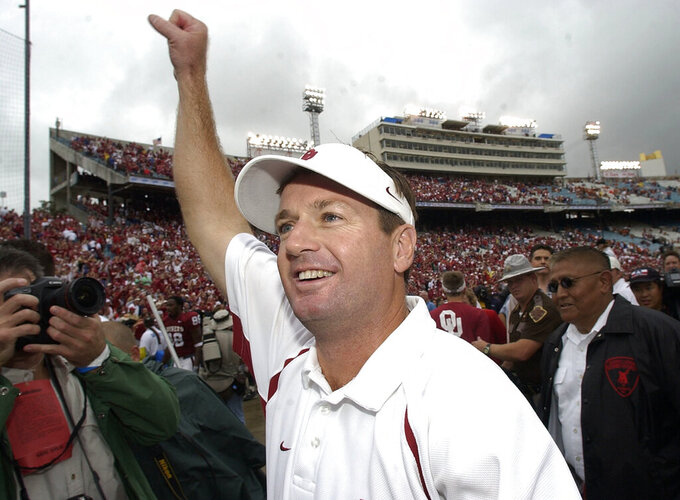 Heisman Trophy winner Carson Palmer and former Oklahoma coach Bob Stoops are among the 13 former players and coaches who make up the latest College Football Hall of Fame class.

The National Football Foundation announced the newly elected hall of famers Monday. This class will be inducted in December.

Palmer won the Heisman in 2002 for the Trojans and went on to be the first overall pick in the 2003 NFL draft by the Cincinnati Bengals.

He is the sixth Oklahoma coach to be inducted into the Atlanta-based Hall of Fame, including Bud Wilkinson and Barry Switzer.

Stoops and Tippett were teammates on the Iowa's Big Ten championship team in 1981.