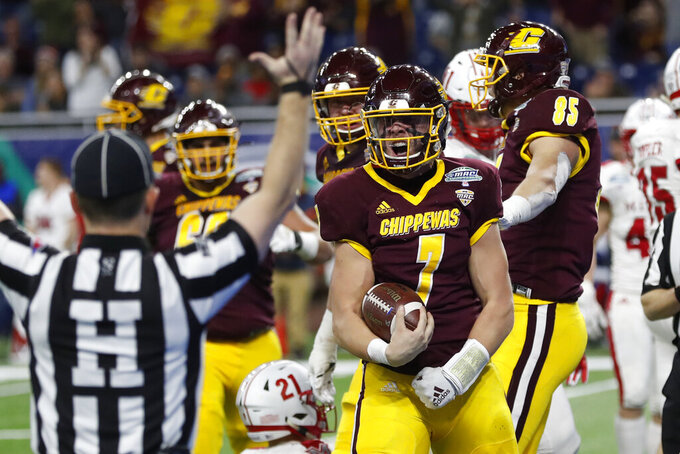 San Diego State: CB Luq Barcoo leads the nation with 24 passes defended. His eight interceptions are tied for second in the nation and he's tied for first with 16 breakups.

Central Michigan: WR Kalil Pimpleton led the MAC in both receptions (73) and receiving yards (771) and his 9-yard punt return average ranked second in the confernce.

San Diego State: The Aztecs are among 13 FBS programs to make a bowl in at least 10 straight seasons and one of only two schools from a Group of Five conference.

Central Michigan: First-year coach Jim McElwain led the biggest turnaround in the nation, with the Chippewas going from one win in 2018 to eight in 2019 along with their first outright MAC West title since 2009.

San Diego State: First appearance in New Mexico Bowl. Aztecs are 4-5 in their last nine bowls and will be playing a postseason game for the 16th time.

Central Michigan: Chippewas have lost their last four bowls. They're in the New Mexico Bowl for the first time and in their 12th bowl overall.