Citadel embraces shot at No. 1 Clemson in revamped schedule 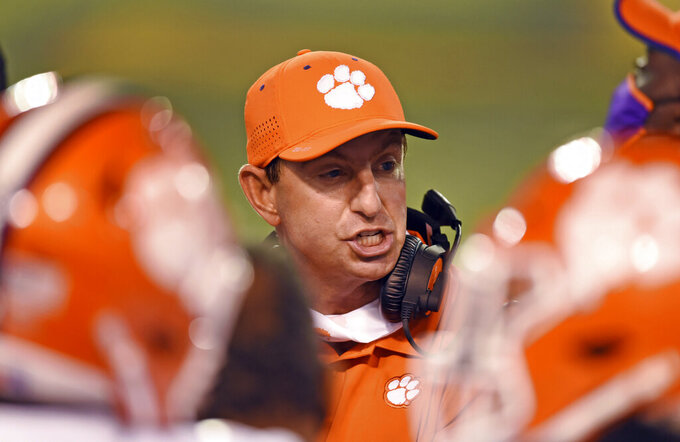 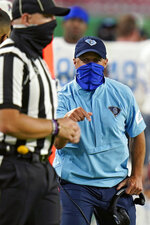 Citadel coach Brent Thompson wasn't sure his team would ever get the chance to play this season, let alone take on the nation's top-ranked team.

But he said the school stayed patient as the coronavirus pandemic altered the college football landscape and was ready to strike when the opportunity came to play at Clemson.

“Eventually, we were the last man standing,” Thompson said.

He hopes his Bulldogs (1-0) take the same approach and be ready to strike when they play the Tigers (1-0) in Clemson's only non-Atlantic Coast Conference regular-season game.

Citadel is part of the Southern Conference, a Football Championship Subdivision league that, like other conferences, has pushed its football to the spring. But the SoCon allowed members to schedule up to four fall games.

Thompson was certain Clemson's lone nonconference game would go to rival South Carolina. But when the Southeastern Conference moved to a 10-game, league-only schedule, the Citadel was one of the Tigers' few options to fill the slot.

Not that things will be easy for Citadel. Clemson is more than a six-touchdown favorite, has won 17 straight over Citadel and is 34-0 all time against FCS opponents.

And then there's Clemson's star-powered offense featuring quarterback Trevor Lawrence and tailback Travis Etienne, both who got off to strong starts in a 37-13 win at Wake Forest last Saturday.

“We’re going to do our best to compete with them on their level for as long as we possibly can and do everything we can to make it a football game for them,” Thompson said.

If the Bulldogs can, it will be their triple-option offense, which has taken down Power Five teams in the past like South Carolina in 2015 and Georgia Tech last season for their first-ever win over an ACC team.

“They can embarrass you quickly if you don’t play with the type of discipline that it takes every single play for four quarters,” Clemson coach Dabo Swinney said. “They keep attacking.”

Some things to watch when No. 1 Clemson plays Citadel on Saturday:

Clemson will continue its social justice initiatives during its home opener at Memorial Stadium. The field will have four black boxes with two saying “Unity” and the other two saying “Equality.” The players wore four helmet decals at Wake Forest that included words like “Love,” and “Equality” and phrases like “Black Lives Matter," and “Put A Stop To Racism.”

Citadel will get another solid payday for its pandemic-shortened, four-game fall season. After receiving $275,000 to play at South Florida last week, the Bulldogs' athletic department will get $450,000 for playing Clemson. The game was originally set for Nov. 14 in the pre-pandemic, 12-game schedules. Citadel will receive $225,000 for its final road game, at Army on Oct. 10.

Clemson's Death Valley will look and sound vastly different than the jam-packed atmosphere fans are used to. First off, Clemson will let in only 19,000 or so people, less than a quarter of its 81,500 capacity. There will be no Tiger Walk into the stadium where the team strolls between two lines of fans to their game day locker room. There won't be “Gathering at the Paw," the tradition where fans fill the field at the end of games. The Tigers, though, will go through their traditional run down the hill into the stadium right before kickoff.

FINALLY ON THE FIELD

Clemson's top returning tackler from last season in linebacker James Skalski had to wait a half before finally hitting the field last week. Skalski was serving a half-game suspension for a targeting penalty in last year's national championship game with LSU. He was impressed with what he saw as the Tigers limited Wake Forest to 113 yards and zero points in the opening half. “We definitely have things to fix and we need to be cleaner,” Skalski said. “But I thought we looked really good.”

Clemson offensive coordinator Tony Elliott was pleased with the showing of his line, which features four new starters along the line and a new tight end starter. Elliott said the starters set the tone by playing fast and effective and he expects that to continue this week. Junior left tackle Jackson Carman is Clemson's only returning starter.