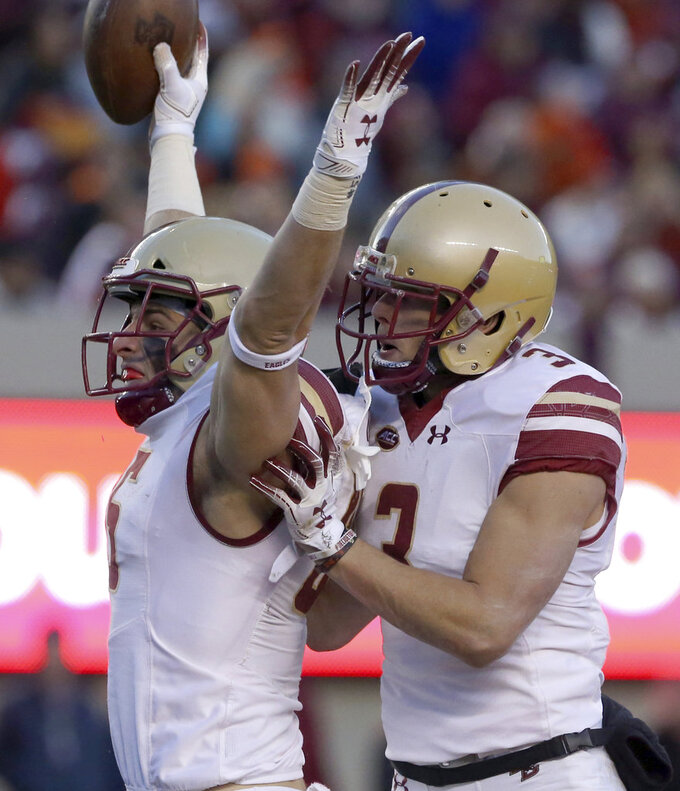 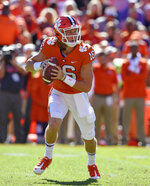 Things to watch in the Atlantic Coast Conference in Week 11:

No. 2 Clemson at No. 17 Boston College. The weekend's only matchup of ranked ACC teams shapes up as BC's biggest home game in years. Nobody's been able to knock off three-time league champion Clemson (9-0, 6-0, No. 2 CFP), but AJ Dillon and the Eagles (7-2, 4-1, No. 17 CFP) might have the personnel and the game plan to test the Tigers. With a victory, Clemson will wrap up yet another spot in the ACC title game.

Miami's run defense vs. Georgia Tech's rushing offense. The Hurricanes' defense has ranked among the ACC's best all season, but they've run into trouble in their last two games — giving up a season-worst 223 yards rushing at BC and 146 yards on the ground to Duke. Miami is 1-4 when its opponent runs for more than 115 yards. That's a bad sign against a Georgia Tech team that leads the FBS with an average of 377 yards rushing.

It's been a while since this many ACC schools have appeared — however briefly — in the AP Top 25. Nine teams have cycled into the national rankings, tying a league record set in 2008. The ACC joins the SEC as the only schools to place nine teams in the polls. Clemson is the only ACC school to spend the entire season in the Top 25, and the Tigers are joined this week by No. 13 Syracuse, BC and No. 22 N.C. State.

Pittsburgh might be in control in the chaotic Coastal Division, but as a 2½-point underdog, Virginia Tech will try to spoil things for the Panthers. The Hokies have won two in a row in a series that dates back to the schools' Big East days, but a defense that is suddenly mediocre — ranking no better than ninth in the ACC in any of the four main stat categories — will have to improve in a hurry to slow down the hot Panthers.

Keep an eye on Duke RB Deon Jackson this week against rival North Carolina. Jackson ran 75 yards for a touchdown on the first play from scrimmage of a 20-12 victory at Miami , and now will try to find some holes in a Tar Heels defense that has allowed an average of 334.5 yards rushing in its last two games.