Coach focused on big picture as Jackets' losses pile up 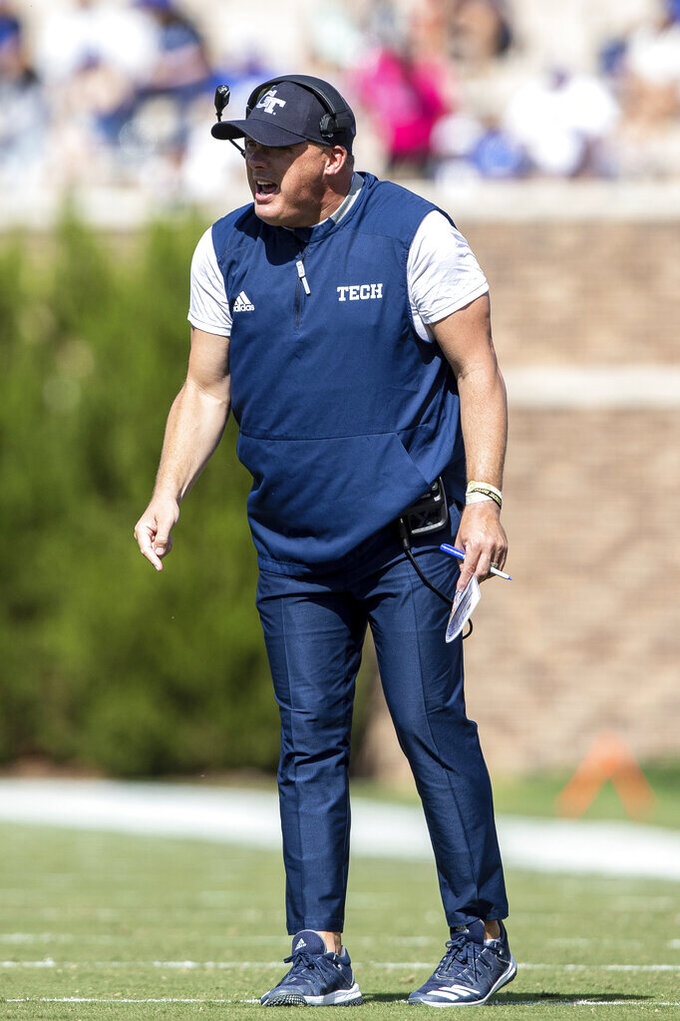 He talks constantly about the Yellow Jackets' improved culture, effort and attitude, but little of that has translated into wins.

Georgia Tech (1-5, 0-3 Atlantic Coast Conference) has lost four straight as it visits Miami (3-3, 1-2) this weekend in hopes of building on a decent second half in last week's lopsided loss at Duke.

It won't be easy if the Jackets enter the third quarter with another big deficit. They have trailed by a combined 55-14 score in the first half of the last two games.

"I hate the scoreboard doesn't show it," Collins said Tuesday. "I hate that the results don't show it in the win-loss columns, but you never can discount the effort that these guys are putting forward. We've gotten better in every single phase. We've just got to understand in critical moments we can't have setbacks, and the story of the game was the second quarter.

"Things happened to us in a negative way. We couldn't overcome 'em, and the score got out of hand really quickly."

Out of 130 FBS teams, Georgia Tech's offense ranks second-worst nationally in the red zone, seventh-worst in scoring, 114th in third-down percentage, 108th in sacks allowed and 93rd in giveaways. The Jackets, with a freshman quarterback in James Graham and a thin offensive line hit with injuries, have scored seven points in the first quarter this season.

Against Duke, the defense allowed scores on all five of his first-half drives, due in part to three fourth-down conversions. Georgia Tech hasn't forced a fumble since the second game against South Florida and ranks 102nd in sacks and 98th in turnover margin.

The offense figures to rotate in more players on the line this week. With Kenny Cooper and Jahaziel Lee lost to season-ending injuries, center William Lay, right guard Conner Hansen, right tackle Jared Southers, left guard Jack DeFoor and left tackle Zach Quinney will likely start for the third straight game. But Collins indicated that Mikey Minihan, a starter the first two games before getting an injured leg, will get plenty of snaps against Miami. Scott Morgan, sidelined by injuries in spring and preseason, is healthy and figures to have to have some chances, too.

Graham, a redshirt freshman with 50 incompletions in 91 attempts, will make his third straight start.

"In this league he faces so many things week to week from a front standpoint, coverages, where to go with the ball," offensive coordinator Dave Patenaude said. "We're trying to expand our pass game, so when those forces meet each other there's a lot of things he's never seen before and he's kind of reacting on his own."

Collins likes what he sees, though. Graham's development mirrors how the coach takes a big-picture look at his program. He trusts the same approach his staff used to go 15-10 at Temple the last two years before he replaced Paul Johnson at Georgia Tech.