Confident No. 21 Tennessee set to take on Missouri next 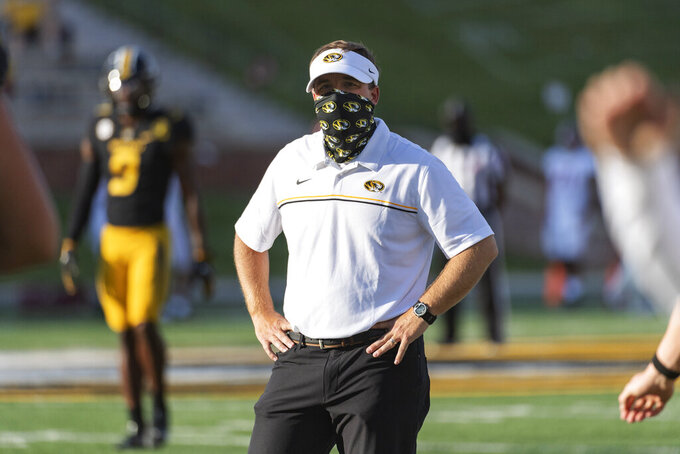 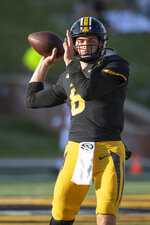 The Tennessee Volunteers have picked up where they left off last season, and each victory just keeps building their confidence.

The 21st-ranked Vols now have won seven consecutive games and trail only Air Force and Notre Dame, winners of eight straight, for the longest winning streak in the Football Bowl Subdivision. The streak includes five straight in the Southeastern Conference, a drastic change from a year ago when they started 1-4.

“Guys are just buying in to the program, buying in to what Coach Pruitt is saying every day and it’s just coming to light," pass rusher Deandre Johnson said. "These guys are working hard, busting their tails off and we just want to win, so it’s coming to light.”

Tennessee is back in Knoxville for its home opener hosting Missouri on Saturday afternoon. Missouri is 3-1 at Neyland Stadium, but the coronavirus pandemic has stripped away much of the pageantry that visitors usually face.

The Tigers lost their opener 38-19 to No. 2 Alabama, and now first-year coach Eli Drinkwitz gets to take them on the road. Missouri hasn't lost its first two games since 1996. Drinkwitz says the Tigers have plenty to work on after losing to Alabama.

“Before we can win a championship, we got to keep from beating ourself,” Drinkwitz said. “And we had too many self-inflicted plays on offense, defense and special teams where we just didn't execute to the standard that we need to execute to.”

The campaign called (hashtag)FreeCadeMays finally succeeded Wednesday night when SEC Commissioner Greg Sankey approved a number of waivers for players who transferred inside the school. The lineman transferred from Georgia in January soon after his father, Kevin, sued the university over an incident that cost him part of a finger.

Mays had to sit out the opener, but he's been practicing. He should move immediately into the starting lineup for a Tennessee offensive line that now is as strong as the Vols have had in a few years.

"We’ve repped him all the way through camp with the twos at different positions just in case it did happen we would be ready,” Pruitt said.

The Tigers ranked 14th nationally in total defense last season, and they piled up nine tackles for loss in the opener. The unit is led by junior linebacker Nick Bolton, and Missouri has a trio of safeties defending the back end in Joshuah Bledsoe, Tyree Gillespie and Martez Manuel who had a team-high 3 1/2 tackles for loss.

Tennessee allowed 290 yards passing in its opener, and now the Vols are poised to add some help. Starting safety Jaylen McCullough and cornerback Warren Burrell should be back to help the depth after cornerback Bryce Thompson moved to safety at South Carolina.

Defensive end Darel Middleton also will have a chance to play after sitting out the opener.

Missouri is 4-4 since joining the Southeastern Conference in 2012 in the Tigers' first road game of the season. Drinkwitz showed last season at Appalachian State he knows how to take a team on the road and win, going 6-0 with wins at North Carolina and South Carolina.

Tennessee will have fans inside the stadium with approximately 25% of capacity. There won't be the traditional Vol Walk before kickoff among all the changes for the pandemic. Senior wide receiver Brandon Johnson said it will be different, but it's till home.

“It will be my first time ever playing in Neyland without all of the traditions, the things that we’re so accustomed to and the things we love," Johnson said. "At the end of the day, it’s still about football and that’s what we’re focused on. We’re focused on getting our second win of the season, and that’s the main goal.”