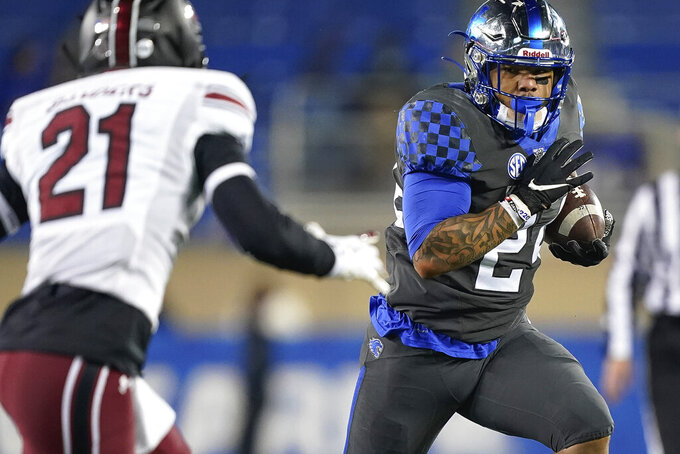 The younger Sanders, a 6-foot, 195-pound defensive back from Cedar Hill, Texas, who played in nine games this season, has entered the NCAA's transfer portal, team spokesman Steve Fink said in a text Monday.

Sanders was tied for seventh on the Gamecocks with 32 tackles.

He becomes the latest defender to leave South Carolina since the firing of coach Will Muschamp last month. Cornerbacks Jaycee Horn and Israel Mukuamu both opted out of the season following Muschamp's dismissal.

Leading tackler in linebacker Ernest Jones decided to give up his final season in college to prepare for the NFL draft after the Gamecocks finished their 2-8 season.

Deion Sanders was hired as the Jackson State head football coach in September.