Don't look now, but it's another top-5 Alabama-LSU matchup 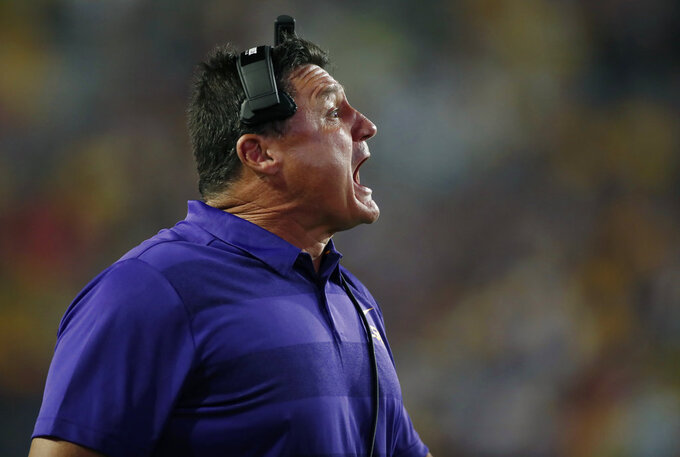 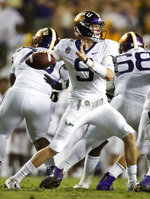 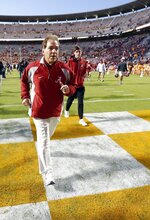 The top-ranked Crimson Tide coach is far more concerned with the challenges presented by Ed Orgeron's current fourth-ranked Tigers, which appear to be substantial.

"Our record or any other statistic that you guys (reporters) want to bring up about this game and all that, will not affect the outcome of this game at all," Saban said Monday.

There's no downplaying the magnitude of this game Saturday night at LSU, though. It features once again not one but two national title contenders — like the so-called Game of the Century, 1 versus 2 matchup in 2011. That meeting was the last LSU victory before Alabama started a seven-game winning streak in the rivalry, including the national championship rematch.

There was also No. 2 LSU vs. No. 4 Alabama in 2015. Most of the matchups have been competitive even when they didn't seem so evenly matched, including the past two under Orgeron .

Alabama can lock up a spot in the SEC championship game with a win. The Tigers would be in control of the SEC West if they win.

"I know, and everybody knows, how big this game is for the state of Louisiana, for our football team," Orgeron said. "But I am not going to make it bigger than life, that our guys can't handle it. ... We're not going to say it's like every other game. We understand that this is THE game. But we're going to approach every day like we've done and we're not going to change our process.

"Now, when it comes down to game time, there's going to be an excitement in the air that's going to be different. This game, that just happens that way, and that's how it is versus LSU-Alabama. But there's nothing I need to say or do different this week to get these guys fired up."

Alabama (8-0, 5-0 Southeastern Conference) is a two-touchdown favorite over the Tigers (7-1, 4-1), who have already beaten three teams ranked in the Top 10 at the time.

Then again, LSU was also an underdog against Miami , Auburn and Georgia — in Orgeron's signature win — and went 3-for-3.

"We've been underdogs in quite a few games this year," Tigers quarterback Joe Burrow. "I think we've probably won every game we were an underdog in, so you don't really think about that."

Then again, here's a stat Saban isn't banking on for help: He has beaten 21 top-5 teams, the most of any college coach in history.

No team has managed to keep a game against Alabama within three touchdowns.

"I feel like this will be the biggest test that we've had so far this season," Tide safety Deionte Thompson said. "They are No. 4, we're playing them at their place. You know how loud it gets in there. It's the kind of game you come here for. It's the kind of game you dream about as a little boy watching them on TV. It's something I've been looking for, so we'll be ready on Saturday."

ALABAMA NOTE: A question mark facing Alabama is the status of backup quarterback Jalen Hurts. Hurts sustained a high ankle sprain against Tennessee before the open date and Saban called him "day to day" but was practicing Monday. Hurts, a two-year starter, has played a role in every game. "These things typically take a week to 10 days before players start feeling really comfortable," Saban said. "So we'll have to see how he responds each day with the workload as we increase it through the course of the week. We'll go from there."