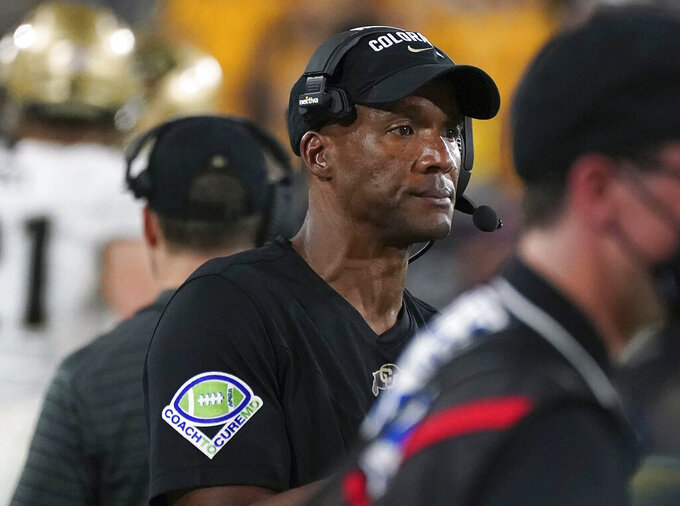 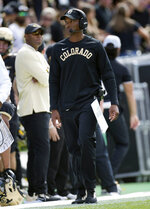 Except on Saturday, when the Colorado coach lost his cool and pushed a photojournalist's camera on his way off the field following a 37-14 loss to Southern California.

Dorrell apologized Sunday both publicly and privately, and he told his team Monday he was sorry, too.

“I have to have better composure,” Dorrell said. “That’s not how we want to do things. ... His camera was there but it was not a personal attack to him or anything like that. It was more a reaction from the game.

"The best way to learn from this is to understand that it was a mistake and go and apologize and move forward. We’ve done that and we’re hoping to move forward.”

The Buffs (1-4, 0-2 Pac-12) were called out on social media Saturday night when athletic director Rick George apologized on his head coach's behalf.

Earlier this season, Dorrell skipped his customary postgame radio show following a 30-0 defeat to Minnesota. Last season, players weren't made available after a 55-23 loss to Texas in the Alamo Bowl.

Now, the episode with the photojournalist from CBS affiliate KCNC-TV in Denver, who was filming Dorrell as he ran off Folsom Field following Colorado’s fourth straight loss when the second-year head coach shoved the camera.

Asked if he was concerned with the perception of the incidents, Dorrell responded: “No, no, not at all. I mean, I’m usually pretty cool, calm and collected in most of my 36 years of coaching.”

The Buffs' bye week comes at the perfect time. The players and their coach need a reprieve following four consecutive losses.

It’s a chance to reset and fix a struggling offense that’s averaging 13.8 points a game. All things are on the table, too, including a QB switch. Their next game is Oct. 16 in Boulder against an Arizona team whose last win was Oct. 5, 2019, at Folsom Field.

“We’re in a phase of time where we’re not doing so well so it’s a great time to get some things shored up and maybe get some attention to the detail ... so that we're playing better football,” Dorrell said.

Quarterback Brendon Lewis hasn’t been able to spark the offense since a season-opening win over lower-tier Northern Colorado. The recent slide opens the door for freshman backup Drew Carter, who may receive equal reps this week.

“We’re evaluating everything right now,” Dorrell said, including the coaching staff. “We have some time this week to kind of work on some things we need to work on, and to see where we need to make changes. We’re going to work through that in a probably methodical process.”

They may soon have another receiving threat back in La’Vontae Shenault, who was suspended for violating team rules.

“He is doing the steps that he should be doing given his suspension. He’ll soon be able to be activated back on the team,” explained Dorrell, who said Shenault went home last week after the death of his grandmother. “His mind's in the right place and he’s trying to do all the right things.”