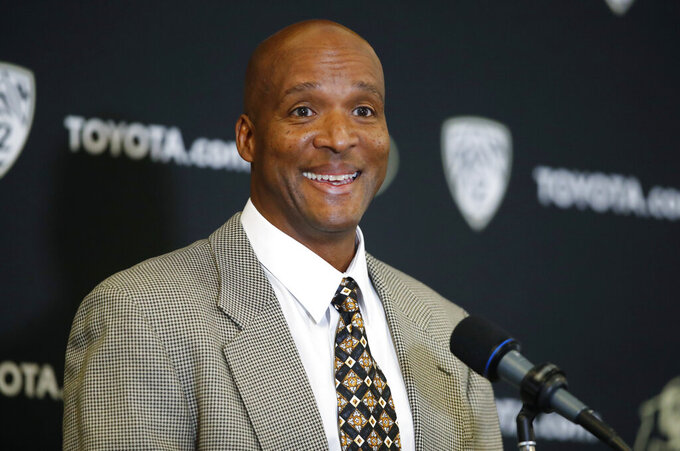 Among those sticking around Boulder, Colorado, will be Darrin Chiaverini, who was named interim coach after Mel Tucker left for Michigan State and before Dorrell was brought on board.

The other coaches who were retained include Darian Hagan, Brian Michalowski and Tyson Summers. Their exact roles have yet to be determined. Dorrell plans to name six more assistant coaches by early next week.

The assistant coaching positions figure to be more lucrative in 2020. Colorado athletic director Rick George is proposing a salary pool of $3.8 million for the assistants, which is up from nearly $3.2 million for Tucker's staff.

"It's always important if you can maintain some continuity during a coaching change," said Dorrell, who was named Colorado's football coach last Sunday. “I had great conversations with all four and while I haven't determined their exact roles as of yet, I am excited that we share the same goals and vision for the program. I am excited about all four and am looking forward to working with them.”

Chiaverini served as the assistant head coach and receivers coach on Tucker's staff last season, while Hagan was the running backs coach. Summers took charge as the defensive coordinator and safeties coach, and Michalowski instructed the outside linebackers.

The Buffaloes went 5-7 last season in Tucker's one season and have what's largely considered a top-35 recruiting class.

Dorrell returns to the Buffaloes from the Miami Dolphins, where he was the receivers coach for the 2019 season and had been promoted to assistant head coach.

The 56-year-old Dorrell served under Colorado head coaches Bill McCartney and Rick Neuheisel in the 1990s.

The Buffaloes begin spring practice in mid-March. The spring game is set for April 25.