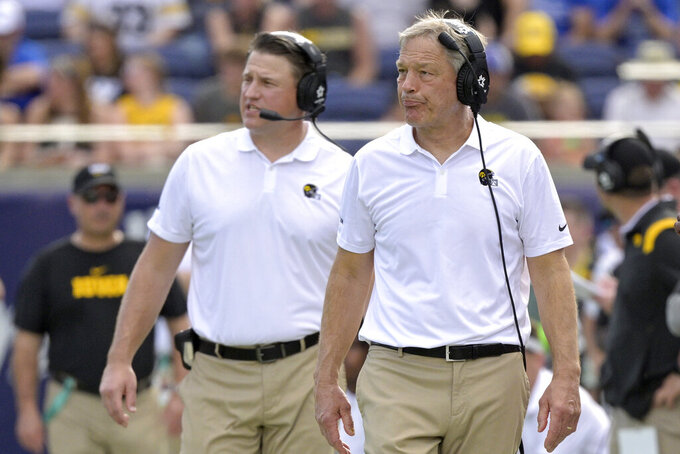 FILE - Iowa head coach Kirk Ferentz, right, and offensive coordinator Brian Ferentz walk along the sideline during the first half of the Citrus Bowl NCAA college football game against Kentucky, Saturday, Jan. 1, 2022, in Orlando, Fla. A propensity to pass down the family business often stokes a passion to follow in Dad's footsteps, but it has also helped perpetuate a lack of racial and ethnic diversity at the highest levels of football coaching.(AP Photo/Phelan M. Ebenhack, File)

College football staffs where family members work in coaching or support positions, according to a review of rosters by The Associated Press: