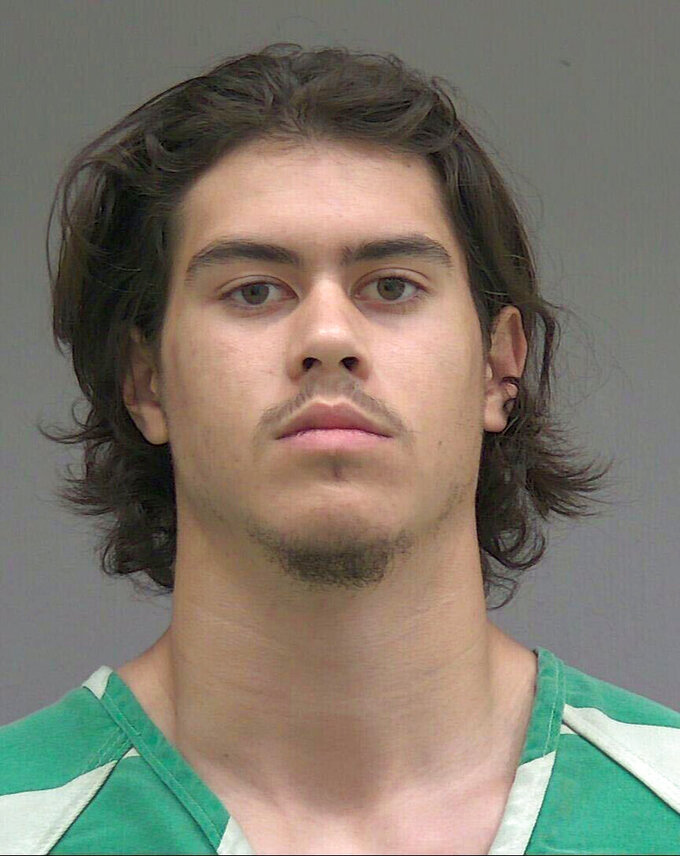 Gainesville police said the 19-year-old Kitna shared the images via a social media platform. Kitna was booked in the Alachua County Jail, where he was awaiting a first appearance before a judge Thursday morning. It was not immediately known if he had an attorney who could comment on his behalf.

The five arresting charges, which still need to be formalized by the state attorney's office, are second-degree felonies that could result in a prison term of up to 15 years and a fine of up to $10,000.

The Gators suspended Kitna indefinitely about an hour after his arrest.

Gainesville police announced the arrest in a news release and said the investigation was initiated when the department received a tip from the National Center for Missing and Exploited Children. The tip indicated that a Discord user distributed an image of child sexual abuse through its chat platform.

“We are shocked and saddened to hear of the news involving Jalen Kitna,” the school’s athletic department, formally called the University Athletic Association, said in a statement. “These are extremely serious charges and the University of Florida and the UAA have zero tolerance for such behavior.

"Jalen has been suspended indefinitely from the football program.”

Jon Kitna played 14 seasons in the NFL with Seattle, Cincinnati, Detroit and Dallas. He started 124 games and now is a high school coach in Burleson, Texas, just south of Fort Worth.