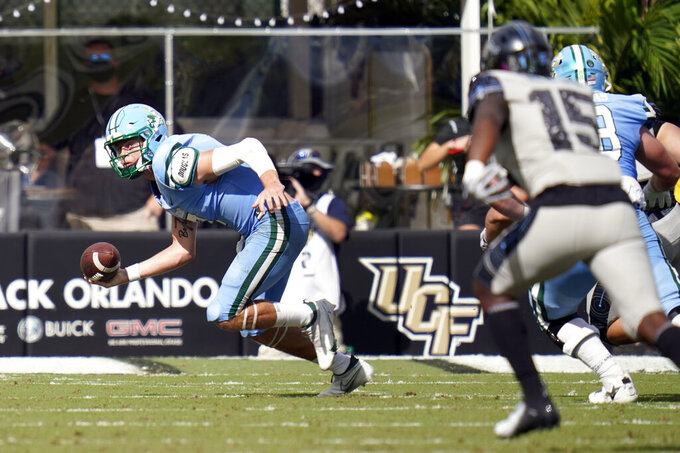 Tulane quarterback Michael Pratt, left, scrambles from the pocket as he is pressured by Central Florida linebacker Tatum Bethune (15) during the first half of an NCAA college football game, Saturday, Oct. 24, 2020, in Orlando, Fla. (AP Photo/John Raoux) 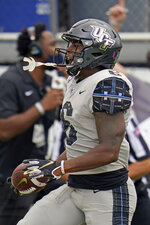 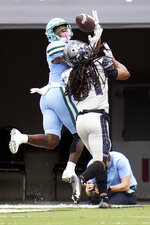 Gabriel was 26-of-40 passing with 422 yards a week after throwing for a school-record 601 yards that included five touchdowns in a 50-49 loss to Memphis.

Williams made nine catches or 174 yards. His longest reception was a 54-yarder in which he sidestepped a couple of defenders on his way to the end zone.

Greg McCrae ran for 162 of the Knights' 267 yards rushing, including a TD, with UCF (3-2, 2-2 American Athletic Conference) finishing with 689 yards offense to Tulane's 340. UCF came in averaging over 636 yards offense, tops in the nation.

The Knights scored touchdowns on all four of their second-quarter drives as they turned a four-point first-quarter deficit into a 37-14 halftime lead.

The win snapped a two-game losing streak for UCF, its longest since 2016.

Michael Pratt was 14 of 24 for 215 yards passing, three touchdowns and an interception for the Green Wave (2-4, 0-4), who have lost three straight.