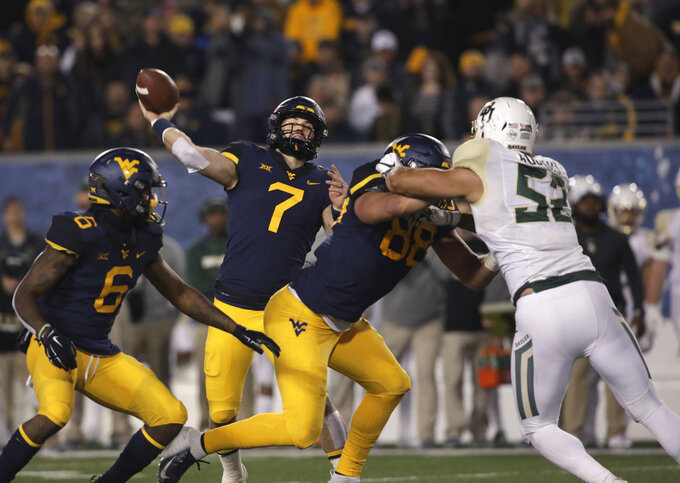 West Virginia quarterback Will Grier (7) prepares to pass the ball during the first half of an NCAA college football game against Baylor, Thursday, Oct. 25, 2018, in Morgantown,.WVa. (AP Photo/Raymond Thompson 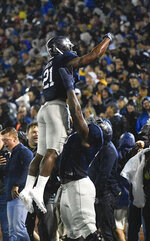 STATESBORO, Ga. (AP) — Shai Werts rushed for 129 yards, including a 47-yard touchdown run, and Georgia Southern upset No. 25 Appalachian State 34-14 on Thursday night to spoil the Mountaineers' first week in the Top 25.

Werts threw a 57-yard scoring pass to Darion Anderson early in the second quarter. It was Werts' only completion in three attempts for Georgia Southern (7-1, 4-0 Sun Belt). Wesley Fields had scoring runs of 10 and 18 yards in the Eagles' fifth straight win.

Appalachian State quarterback Zac Thomas was knocked out of the game on the opening series for the Mountaineers (5-2, 3-1). The back of Thomas' helmet hit the ground as he was tackled following a 5-yard run. He was taken to the medical tent on the sideline and then escorted to the locker room. He didn't return. Backup quarterbacks Peyton Derrick and Jacob Huesman combined to throw four interceptions, and the Mountaineers also lost a fumble on a punt return.

The Mountaineers (6-1, 4-1 Big 12) bounced back from a blowout loss at Iowa State with arguably their best performances of the season on both sides of the ball.

During a 31-point second quarter, Grier had TD tosses of 25 and 65 yards to David Sills, and Grier ran for a 1-yard score for a 41-0 halftime lead.

West Virginia had 10 first-half drives, compiled 435 yards by the break and 568 overall.