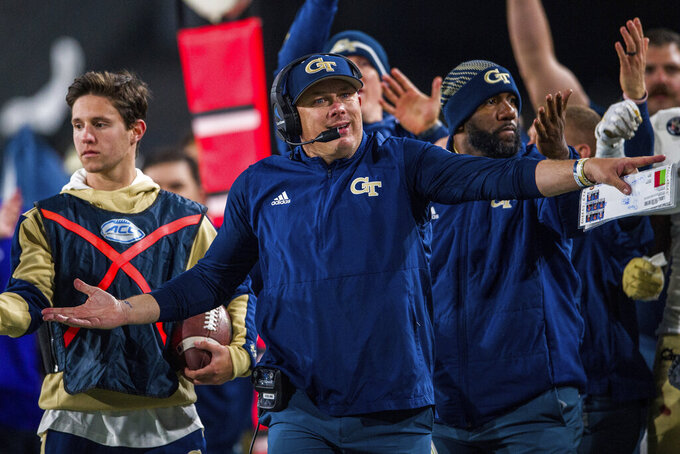 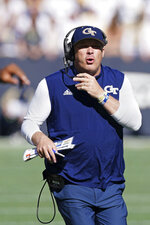 ATLANTA (AP) — Chip Long, who has been an offensive coordinator at Memphis, Notre Dame and Tulane, was hired Sunday to fill that position at Georgia Tech.

Long replaces Dave Patenaude, who was fired along with two other assistants after a 3-9 season that ended with six consecutive losses.

Long is a 16-year Division I coaching veteran, including 14 seasons at the major-conference level. He has five years of experience as an offensive coordinator, including stints at Memphis in 2016 and Notre Dame from 2017-19.

At Memphis, Long guided an offense that averaged 39 points a game. He had more success at Notre Dame, where his unit averaged 37.1 points per game during his final season.

But Notre Dame struggled offensively against better teams, including a 30-3 defeat to Clemson in the College Football Playoff, leading then-head coach Brian Kelly to make a change.

Long spent the 2020 season as an offensive analyst at Tennessee before taking over as Tulane's offensive coordinator this season. The Green Wave struggled to a 2-10 record, beating only one FBS opponent.

Long was one of five finalists for the 2018 Broyles Award, given to the nation’s top assistant coach.

“He has directed some of the nation’s top offenses during his time at Memphis and Notre Dame, has an outstanding record of developing players to reach their highest potential and has the proven ability to put his offenses in the best position to play winning football," coach Geoff Collins said in a statement. "Chip’s proven ability as an offensive coordinator is going to be a great fit for the talented players that we have on our roster.”

At Georgia Tech, Long will be under pressure to improve an offense that was shut out in the final two games by Notre Dame and Georgia.

“I’m unbelievably excited about the wealth of talent, experience and potential that we have on the offensive side of the ball," said Long, a native of Birmingham, Alabama. “We have the pieces in place to field a dynamic offense, score a lot of points and develop players for success both at Tech and beyond.”

Collins has a 9-25 record in three seasons as Georgia Tech's coach, which prompted him to shake up his staff.