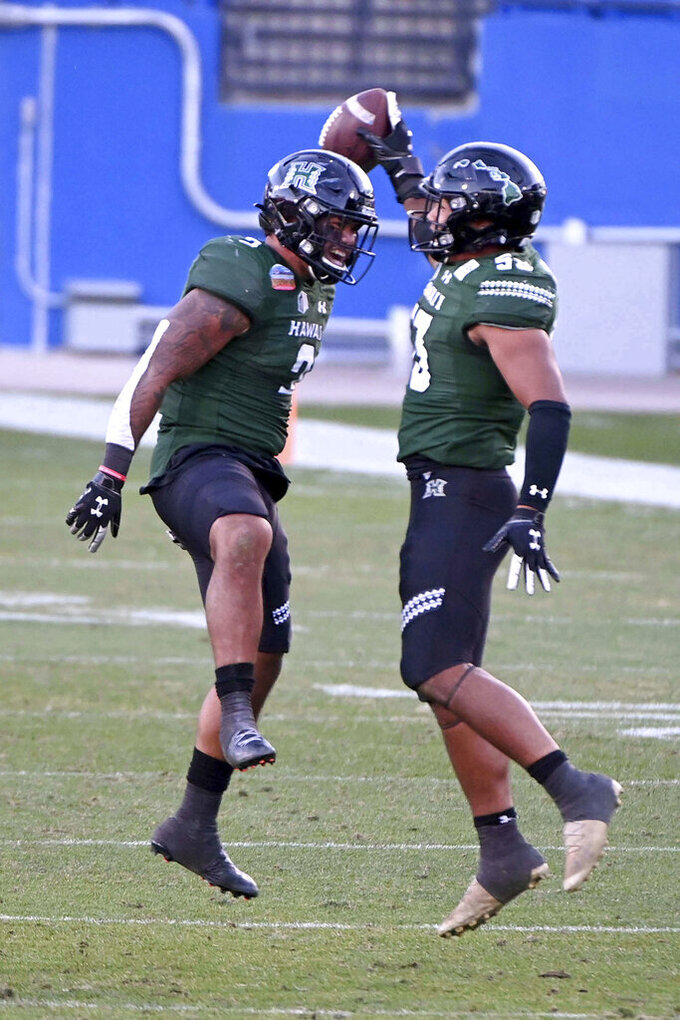 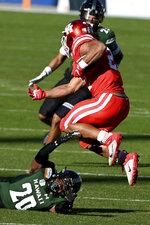 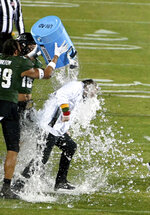 The game was moved to Frisco from its usual location in Albuquerque because of COVID-19 restrictions in New Mexico.

Hawaii had three interceptions — the first two leading to a 14-0 lead — and five sacks.

“Our deal was to push the quarterback off his spot, try to pressure him and confuse him,” Graham said. “We talked about batting the ball. We gave him four or five different looks.”

The Rainbow Warriors had a winning record for the third season in a row, the first time they've done that since 2001-04. Houston (3-5) has consecutive losing seasons for the first time since 2000-02.

Cordeiro completed 15 of 23 passes for 136 yards and had eight carries for 33 yards.

Houston's Clayton Tune was 20 of 38 for 216 yards with two touchdowns and the three interceptions.

Hawaii raced to a 21-0 lead in the first half, with Cordeiro throwing scoring passes of 3 yards to Dae Dae Hunter, 75 yards to Turner, and 4 yards to Jonah Laulu.

Houston rallied with two touchdowns in the third quarter, with Tune throwing a 7-yard scoring pass to Nathaniel Dell and a 26-yarder to Christian Trahan.

After Trahan’s score, Turner returned the kickoff 92 yards to cap the scoring.

“They had just scored a touchdown,” Turner said, “so I was thinking I needed to come up with a big play.”

Said Houston coach Dana Holgorsen: “I was sick to my stomach. “We played spurts of good football, but that’s not going to get it done. I’m glad 2020’s over.”