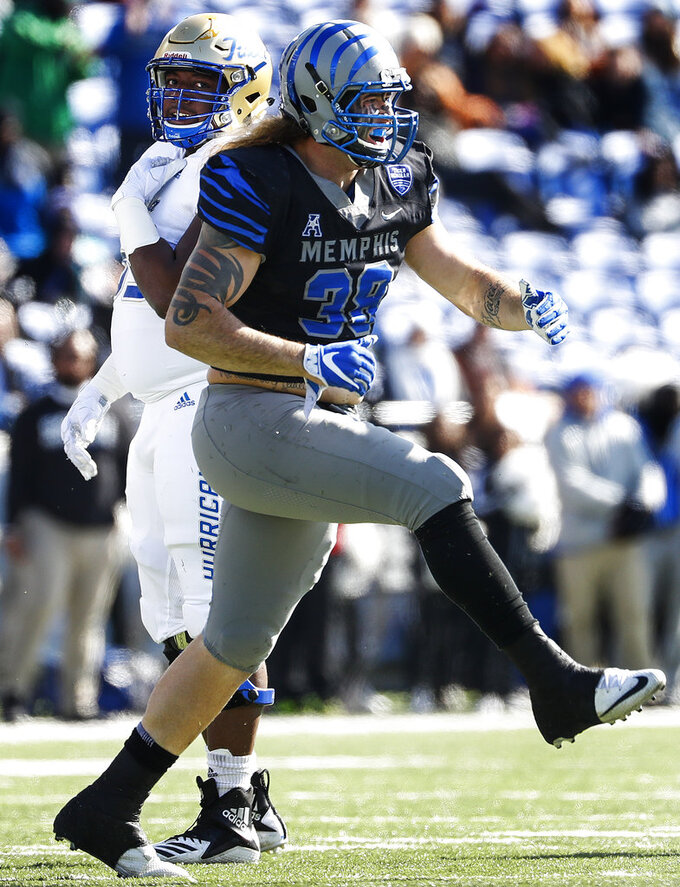 MEMPHIS, Tenn. (AP) — Darrell Henderson rushed for 166 yards, going over 3,000 for his career, and two touchdowns and Memphis became bowl-eligible for a school-record fifth straight season with a 47-21 victory over Tulsa on Saturday.

Brady White was 14 of 20 for 184 yards passing and two touchdowns. John "Pop" Williams, who had one of the TD receptions, capped the Tigers' scoring with a fourth-quarter punt return in which he started left then spun around a defender as he headed to the right and down the sideline for a 72-yard score.

Henderson scored on a 1-yard run and a 9-yarder, the latter on a direct snap. He rushed for 100 yards for the 12th time in his last 15 games.

Memphis (6-4, 3-3 American Athletic Conference) had 499 yards offense. On defense, the Tigers had season highs with 11 tackles for loss and five sacks.

By Ralph D. Russo 32 minutes ago
By Pat Graham 2 hrs ago
By Tanner Marlar 8 hrs ago
By Steve Reed 9 hrs ago
By Michael Marot 10 hrs ago