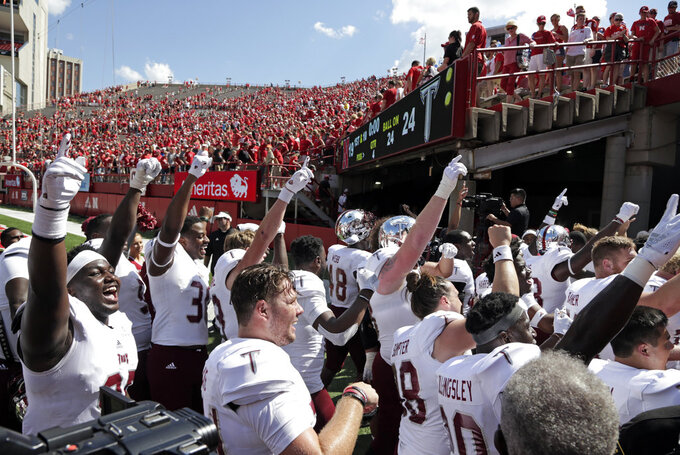 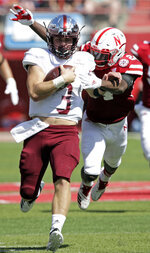 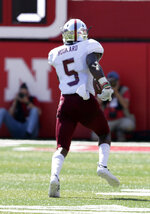 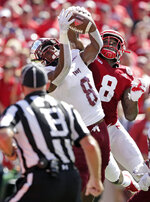 The Trojans of the Sun Belt Conference stunned Nebraska 24-19 on Saturday, denying Scott Frost his first win as the Cornhuskers' coach, and earned a $1.15 million guarantee in the process.

A year ago, the Trojans pocketed just under a million dollars while beating then-No. 25 LSU on the road. And that was after giving Clemson a four-quarter game in a close loss in 2016.

"We've got a good football team," Troy coach Neal Brown said. "Our guys fully expected to come in here and compete and have a chance to win in the fourth quarter, and that's what we did."

B.J. Smith scored untouched on a 26-yard run midway through the fourth to make it a two-score game and Will Sunderland made an interception in the final 3 minutes to lock up the second win in two years over a power-five conference opponent for Troy (2-1).

For Nebraska (0-2), the frustrating start to the Frost era continued. The Huskers (0-2) have lost their first two games for the first time since 1957 and have dropped six straight home games since beating Rutgers Sept. 23, 2017.

"I think we're a better team than what the results say we are, but that doesn't matter," Frost said. "I just got done telling the team that when things get tough like this, you got two choices: you fight back and work even harder or you give up. I told them if anybody doesn't want to stay on for this ride, let me know and get off, because I know where this is going. We just haven't had the results early that we need."

As he ran off the field at Memorial Stadium, a jubilant quarterback Kaleb Barker had a game ball tucked under his arm.

Actually, a host of Trojans could lay claim to that ball. Cedarius Rookard ran back a punt 58 yards for a touchdown, Smith scored two touchdowns and ran for a team-high 70 yards and linebacker Tron Folsom had 14 tackles, a sack and another tackle for loss.

"We didn't play great football as we went through the game," Brown said. "But I thought our kids played really at a high level special teams-wise. I thought our defense bent but they didn't break. I thought we flew to the ball and tackled better than we have at any point this season. Offensively, we just found some ways to make some key plays."

Sophomore walk-on Andrew Bunch, starting at quarterback for Nebraska in place of the injured Adrian Martinez, converted a fourth-and-8 while leading the Huskers on a 75-yard drive to pull Nebraska to 24-19 with 2:55 left.

But Sunderland stepped in front of his pass along the sideline intended for JD Spielman, starting the celebration on the Troy bench.

The Huskers face their Big Ten opener on the road against Michigan next Saturday.

"We have a tough game next week, so this could get worse before it gets better," Frost said. "It's always darkest before the dawn, and I know where this is going, so I want every guy in that locker room to be on board."

Troy: This is mostly a new cast of Trojans, but once again they showed they aren't intimidated playing a blue blood opponent on the road. It's the lift they needed after losing to Boise State in their opener and beating an FCS opponent last week.

Nebraska: The Huskers couldn't get out of their own way. They had two turnovers and a missed field goal among their first five possessions, gave up the long punt return and had costly personal fouls on a Troy touchdown drive. Mohamed Barry was ejected for his head-on-head hit at the end of a run by backup quarterback Sawyer Smith.

Rookard had the Trojans' first punt return for a touchdown in two years.

"I was kind of nervous being back there because it was Nebraska, standing back there by myself," Rookard said. "Once I'd caught the ball, a dude missed a tackle. I ran around to the left side, then cut it back to our sideline."

Frost didn't say whether Martinez would be ready for Michigan. He just knew he didn't want to risk Martinez, recovering from a right knee injury, against Troy.

"Look, he's going to be here a long time," Frost said, "and our decision will be made based on his long-term health more than anything. That wasn't an option."