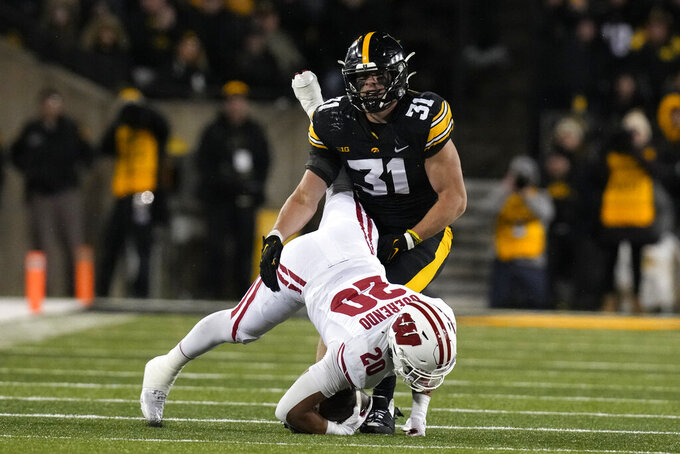 Campbell, the Big Ten's defensive player of the year, receives a $25,000 postgraduate scholarship from the National Football Foundation.

Campbell received the award at the NFF's Hall of Fame induction banquet.

He was one of 15 finalists from all levels of college football up for the award that recognizes combined academic and athletic performance as well as exemplary leadership.

Campbell is on target to graduate in December with a degree in enterprise leadership and sport and recreation management. He is a two-time academic all-Big Ten honoree.