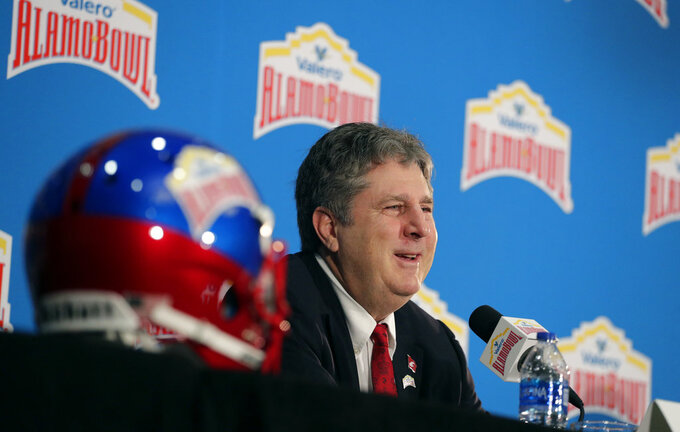 Iowa State is looking to cap one of its best seasons in decades with a bowl win. After a 1-3 start, the Cyclones finished third in the Big 12, their best league finish in 40 years. Washington State is looking to rebound from a tough loss to rival Washington that knocked the Cougars out of the Pac-12 title game.

Iowa State secondary vs. Washington State QB Gardner Minshew II. The Cyclones have one of the Big 12's best defenses and facing a pass-happy team like the Cougars will bring few surprises after facing the wide-open offenses in their own league. Minshew, the Pac-12 offensive player of the year, has passed for 4,477 yards and 36 touchdowns.

Washington State: WR Dezmon Patman's 740 yards this season are a team best. Minshew has his pick of receivers as the Cougars have eight with more than 300 yards. Patmon's 13.5 yards per catch is best in the group.

Iowa State: Freshman QB Brock Purdy is 7-1 as a starter and his dynamic play as a runner was key to the Cyclones' midseason turnaround. Purdy led a pair of wins over ranked opponents and the Cyclones average more than 31 points per game since he took over the offense.

Iowa State's eight regular-season wins are the most since 2000 and its 16 wins the last two seasons mark the best two-year stretch in school history ... Iowa State receiver Hakeem Butler's 22.1 yards per catch leads the nation ... Minshew led three game-winning fourth quarter drives and he's the only quarterback in the country with six 400-yard passing games.