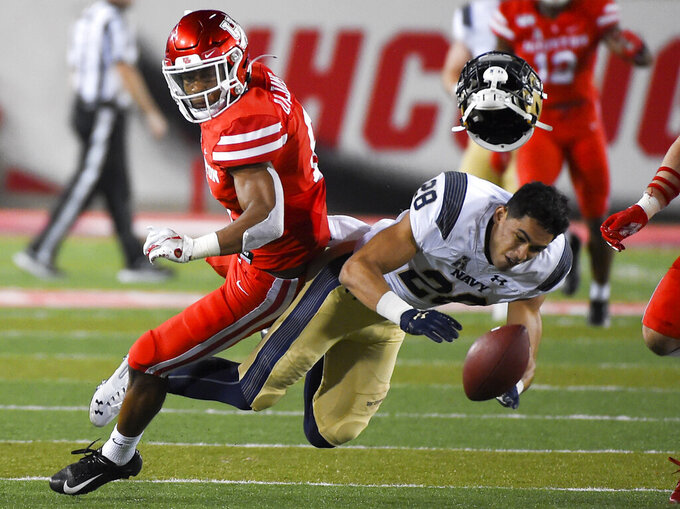 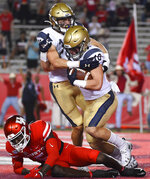 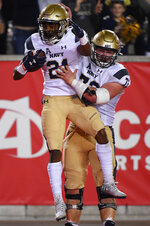 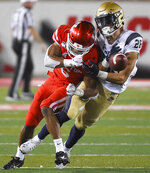 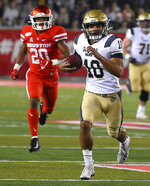 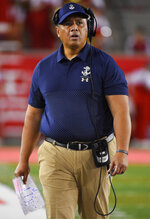 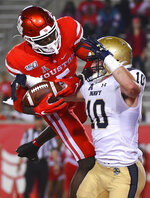 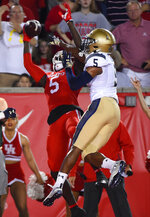 He didn’t care. Following the high-scoring affair against Houston, Carothers and Navy were just happy to walk out with the victory.

Carothers rushed for career highs of 188 yards and five touchdowns, Malcolm Perry ran for 146 yards and a touchdown and No. 24 Navy beat Houston 56-41 on Saturday night.

“Any given night, whatever the defense gives us, we will take,” Perry said. “Whatever they don’t give us, we will work our hardest to get it. We have weapons all over the field, and we are not one-dimensional. We can move the ball.”

“It was a little more high-scoring than what we’re used to,” Perry said. “The offense went out there, executed, found a way to outscore them. At the end of the day, that’s all that matters.”

Marquez Stevenson had eight catches for 133 yards and two touchdowns, and Tre’von Bradley caught three passes for 99 yards and a touchdown for Houston.

Houston finished 4-8, the worst record for the Cougars since finishing 3-8 in 2004. Coach Dana Holgorsen finished with his second career losing record after going 4-8 in 2013 at West Virginia.

“Any time you have a losing season, you’re ready to turn the page,” Holgorsen said. “We knew that this was coming to an end for about three weeks. A lot of teams would have thrown the towel in, and our guys didn’t. That’s program building character. There will be a lot of things we can come back on. Our team knows where we are at and where we are going.”

After Houston closed to 35-34 with 5:48 left in the third, Carothers upped the lead to eight with a 29-yard rushing touchdown with 2 minutes remaining and, after Kevin Brennan intercepted Tune’s pass in the end zone, King-El capped an eight-play, 80-yard drive with a 21-yard touchdown run with 10 minutes left to increase the lead to 49-34.

Navy: The Midshipmen went 5 for 10 on third downs and were 1 for 3 on fourth downs and were stopped twice inside their own 30. Navy forced five turnovers and converted it into 21 points. Navy’s four interceptions were the most since recording four against Wake Forest on Sept. 27, 2008.

“When you have some moron coach, who is going for it on the 18-yard line or whatever it was twice, I thought we could get it,” Niumatalolo said. “To the defense’s credit, they came up with some big turnovers against a very potent offense. They made some key interceptions.”

Houston: The Cougars played well again, but the five turnovers were costly. Houston went 4 for 10 on third downs and 3 for 3 on fourth downs. The Cougars went 0-6 against ranked teams this season.

Navy should move up in the poll following the win.

Houston’s season is over.