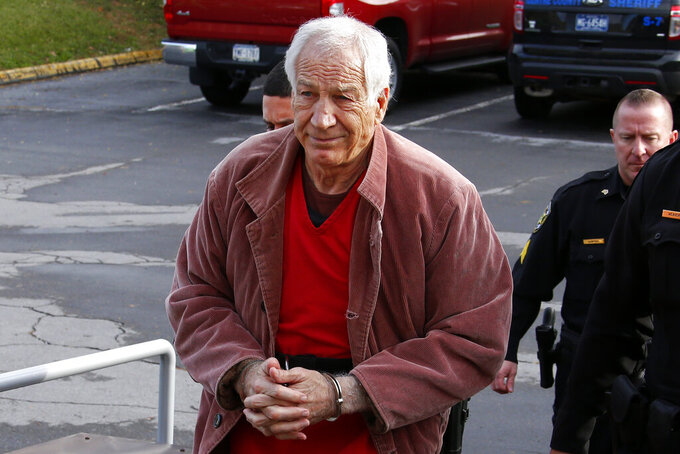 Judge John Foradora's order recused himself and directed Centre County court officials to ask that another judge be appointed.

Foradora had been brought in from outside Centre County to handle Sandusky's appeals and resentencing on a 45-count child sexual abuse conviction.

A state prosecutor and Sandusky's defense lawyer both signed a document Monday that said Foradora should step aside because of the action.

The lawyers' filing provided no other details, and Foradora's order did not elaborate on what prompted his decision.

Messages seeking details and comment were left for Foradora, Lindsay and the attorney general's office.

A state appeals court in February turned down most aspects of Sandusky's broad appeal, including his request for a new trial, but ruled that mandatory minimums had been misapplied and ordered a new sentencing.

Foradora had scheduled the resentencing for next week, but on Monday he put that on hold .

Sandusky, 75, was sentenced to 30 to 60 years after his 2012 conviction and is jailed in the State Correctional Institution at Laurel Highlands.