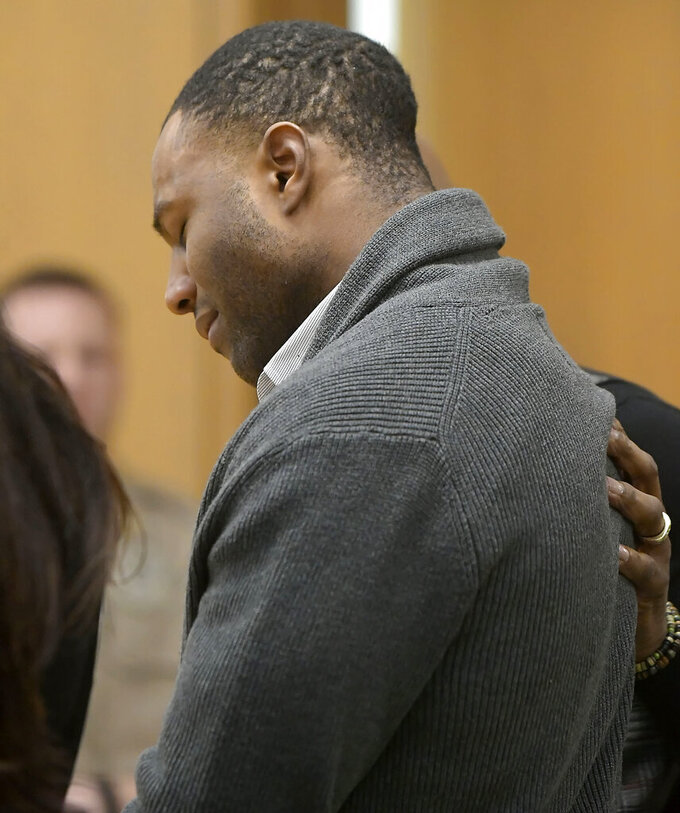 Torrey Green reacts as a jury finds him guilty of eight charges including five counts of rape and a charge sexual battery in connection to reports from six women accusing him of sexual assault while he was a football player at Utah State University, Friday, Jan.18, 2019 in Brigham City, Utah. (Eli Lucero/Herald Journal via AP, Pool) 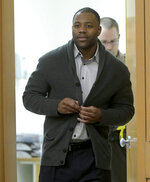 The jury convicted 25-year-old Torrey Green of five counts of rape, one charge of object rape, a count of forcible sexual abuse and one charge of misdemeanor sexual battery, the Salt Lake Tribune and the Deseret News reported.

The jury had deliberated for about 16 hours over two days, the newspapers reported.

Green broke down in tears as the verdict was read. He was accused of sexually assaulting the women when he was a student from 2013 to 2015.

"There were convictions for all six of these survivors," Deputy Cache County Attorney Spencer Walsh said after the verdicts were read. "We're very happy about that. They were believed."0

Prosecutor Spencer Walsh said during closing arguments Thursday in Brigham City that it's impossible that six women who don't know each other could come forward with similar accounts of alleged sexual assault by the 25-year-old Torrey Green.

Green's attorney Skye Lazaro countered that Green had consensual sex with four of the women and that two occurrences never happened. Lazaro told the jury that "hooking up" with women and having one-night stands isn't illegal.