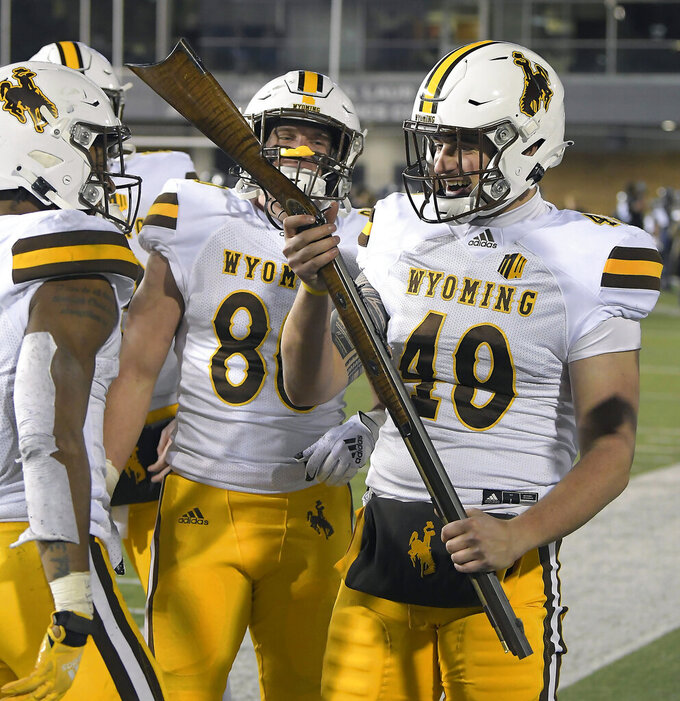 Wyoming: This is the fourth time in six seasons Wyoming has earned a bowl bid, making Craig Bohl the first coach in program history to take four teams to the postseason.

Kent State: The Golden Flashes won the Mid-American Conference Eastern Division championship before losing to Northern Illinois in the title game, 41-23. They’ll be looking for their second bowl victory in school history after beating Utah State in the 2019 Frisco Bowl.

By John Zenor 18 minutes ago
By Pete Iacobelli 2 hrs ago
3 hrs ago
By Ralph D. Russo 6 hrs ago
By Ken Powtak 19 hrs ago