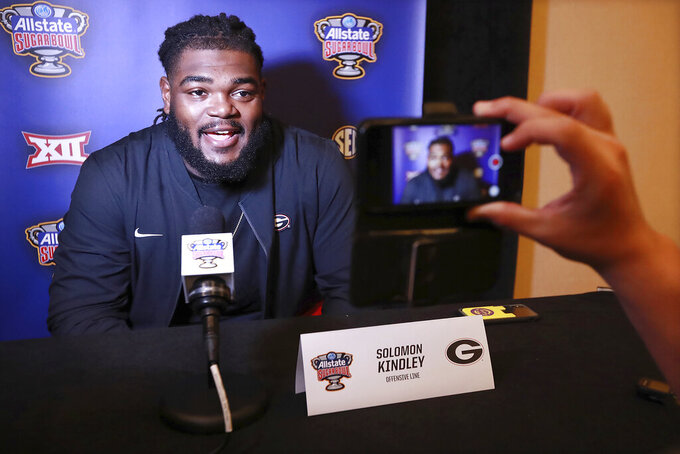 Georgia offensive lineman Solomon Kindley takes questions from the media during the Georgia Offense press conference for the Sugar Bowl against Baylor on Sunday, December 29, 2019, in New Orleans. (Curtis Compton/Atlanta Journal-Constitution via AP)

Kindley has announced his decision with a “Dear UGA” letter on his Instagram account. He gave thanks to the Bulldog nation, coaches, trainers and others for support in his three years with the Bulldogs.

Georgia junior running back D'Andre Swift also previously announced he will enter the draft. Quarterback Jake Fromm, another junior, has not announced his plans.