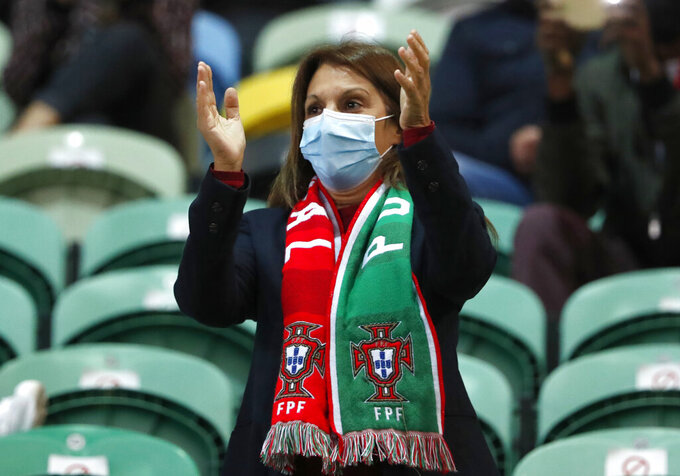 The Italian swim team’s preparations for the Tokyo Olympics are in crisis with 10 more athletes testing positive for the novel coronavirus.

The Italian Swimming Federation says world champions Simona Quadarella and Gabriele Detti are among those who contracted COVID-19 at a high-altitude training camp in Livigno in the Italian Alps. Olympic champion Federica Pellegrini was already at home in isolation after testing positive last week.

The total number of swimmers on the national team to test positive is at least 13.

The federation says all of the swimmers are asymptomatic and that no staff members have tested positive.

The training camp was suspended and the team was placed in quarantine.

The Mountain West football game between New Mexico and Colorado State has been canceled due to COVID-19.

The Lobos were scheduled to play the Rams on Saturday in Fort Collins, Colorado, but there’s a prevalence of the virus in the New Mexico county of Bernalillo. The league said in a statement released Tuesday that “in accordance with state guidelines, the University of New Mexico is unable to participate in the scheduled football game.”

There is no plan to reschedule the game.

The league says the latest round of testing brings the total to more than 450,000 that have been given to players and personnel since the beginning of August, and 47 players and 71 other personnel were confirmed positive.

The 10th-ranked Gators reported four new positives since the middle of last week, when they postponed two games because of the novel coronavirus.

The Gators (2-1) were scheduled to host defending national champion LSU last week and Missouri this Saturday in the Swamp. The Southeastern Conference rescheduled both games because Florida would not have had at least 53 scholarship players available since so many guys were quarantined because of positive tests or because of contact tracing involving the highly transmissible virus.

Florida’s football team has had 31 positive tests in October. The school’s other sports have had just one positive this month.

Dutch soccer club AZ Alkmaar is planning to fly for its Europa League game against Napoli on Thursday even with 13 players sidelined with coronavirus infections.

AZ says the figure of 13 includes eight new cases among players following an outbreak reported earlier. The club adds that most of those players do not have symptoms.

AZ says it can still name a squad of 17 other players to fly to Italy on Wednesday for the game.

Rugby Europe has suspended all internationals to the end of November, including the long-delayed last round of the men’s championship.

On Nov. 1 were scheduled Romania vs. Belgium and Georgia vs. Russia, and on Nov. 15 Spain vs. Portugal. They have been postponed since March.

Georgia has already retained the title, while Romania is in last place, which drops the occupier into a promotion-relegation match against the waiting Netherlands.

“Our players and our officials are mostly ‘amateurs,’” Rugby Europe president Octavian Morariu said on Tuesday. “We cannot expose them to the virus or to quarantine periods that would be problematic for them.”

Colombian cyclist Fernando Gaviria has tested positive for the coronavirus and has been withdrawn from the Giro d’Italia.

Gaviria and a staff member for Team AG2R La Mondiale were the only positives out of 492 tests carried out Sunday and Monday.

Gaviria’s UAE Team Emirates says the rider “was immediately isolated following the test result and is feeling well and is completely asymptomatic.”

The team notes that Gaviria also had COVID-19 in March.

Gaviria has won five stages at the Giro during his career.

Overall contenders Simon Yates and Steven Kruijswijk had already been withdrawn from the race after testing positive. Australian standout Michael Matthews also was withdrawn. The Mitchelton-Scott and Jumbo-Visma teams withdrew their entire squads last week following a series of positive results from the first rest day.