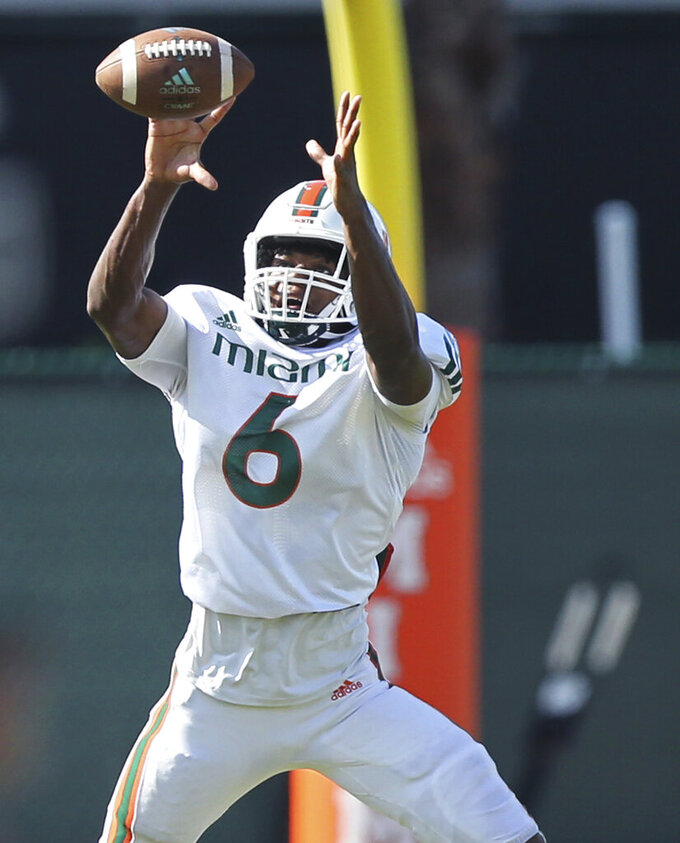 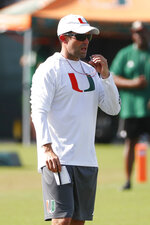 He grew up there as a child of divorce, spending some time with his mother in the northern part of town, some time with his father in the heavily Latin-flavored southern part of town. He experienced much of what a multicultural city had to offer, both good and bad, remembers the race riots that fractured the area, how the national perception of the city was far from positive.

And he saw how a winning Miami football team solved a lot of issues.

"That's what makes, for me, the Miami Hurricanes so special," Diaz said. "The 'Canes in the Orange Bowl on Saturdays, that was the place where everyone could show up and it was all us. Local products on the field, beating the crap out of all the best teams in the country. And that's why I always felt like the community takes such pride in Hurricanes football."

Diaz, who was the Hurricanes' defensive coordinator, left Miami last December to coach Temple — never thinking that Mark Richt was going to resign unexpectedly a couple weeks later. Diaz was home on that Sunday afternoon when the news of Richt's decision broke. Hours later, he was Miami's new coach and the latest to be tasked with bringing the Hurricanes back to prominence.

He's already made his first big decision, picking Jarren Williams to be Miami's starting quarterback over returnee N'Kosi Perry (who shared the starting job with now-graduated Malik Rosier last season) and Ohio State transfer Tate Martell. But there's much more work to be done before the Hurricanes — 7-6 last season — get to where Diaz wants them to go.

"We're redefining what it means to be the Miami Hurricanes," Diaz said. "Everybody else in the country wants us to lose. Nobody's for us, except for us."

Here's what to know going into Miami's season:

All eyes will be on Miami's Aug. 24 opener against rival Florida — not only is it a national TV game, but it comes about a week earlier than most schools open and will kick off the seasonlong celebration of college football's 150th anniversary. Miami has six true home games, including a five-game homestand (the program's longest since 1987) from Sept. 14 through Oct. 19. A "road" game is also in Miami, at Marlins Park against FIU on Nov. 23. The annual Florida State game is on the road, but games against top Coastal Division contenders Virginia and Virginia Tech are both home.

It'll still be the strength of this team, led by the linebacking corps of Shaquille Quarterman, Michael Pinckney and Zach McCloud. Miami's defense — run by Diaz — led the nation in third-down stops last season, plus finished fourth nationally in total defense. Replacing Gerald Willis on the defensive line will be a key and the secondary has some holes to plug, but the Turnover Chain should still be getting plenty of airtime this season.

The quarterback race was one of just many riddles to solve. The offensive line has question marks — expect true freshman Zion Nelson to be an immediate factor there — and wide receivers didn't help Perry and Rosier out last season by dropping tons of catchable passes. Getting speedy Jeff Thomas back from his brief flirtation with transferring gives the Hurricanes a home-run threat at receiver, the tight end corps led by Brevin Jordan are expected to have big numbers and the running back room is loaded with talent like DeeJay Dallas, Cam'Ron Harris and Lorenzo Lingard.

Miami was one of the worst teams in America at punting last season, so the Hurricanes went to Australia to find tattooed scaffolding-company owner Louis Hedley — a 6-foot-4, 230-pound, chiseled guy in his mid-20s — to compete for the job. Hedley played Australian rules football, and says he learned about the American version of the sport by playing the super-popular Madden video game.

Diaz has incredible energy and that was one of his strengths as a defensive coordinator. Miami's success will hinge largely upon how he spreads that energy out over an entire roster — as well as managing expectations, which are always high. Hurricanes fans are starved for a winner, though it'll likely take Diaz more than one year to get the program back to the level he wants.