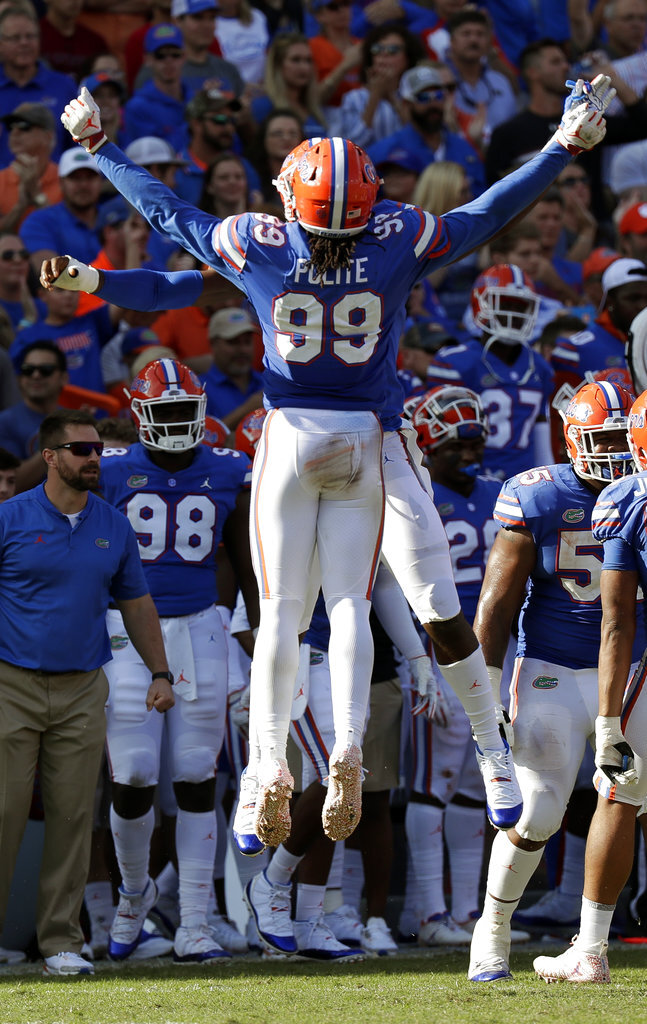 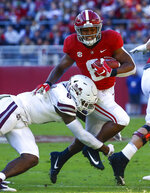 COLLEGE STATION, Texas (AP) — Alabama set an SEC record with 12 players taken in the 2018 NFL draft, including four in the first round.

The top-ranked Crimson Tide are sure to have several high draft picks in next year's draft, too, but there are players at many other SEC schools that are also likely to hear their names called in the first round of the 2019 draft.

According to several mock draft boards the SEC could have first-rounders from as many as nine schools.

Not surprisingly the top-rated SEC prospect with two weeks left in the regular season is from Alabama. Offensive tackle Jonah Williams is picked by some to be drafted as high as No. 2 after starting all 39 games in his career with the Crimson Tide and earning All-America honors at left tackle last season.

LSU has two top-20 prospects in cornerback Greedy Williams and linebacker Devin White. Williams led the SEC with six interceptions as a redshirt freshman last season and has two interceptions and 28 tackles and has defended eight passes this year. White ranked first in the country with 96 assisted tackles last season and has 89 tackles, including seven for losses, a forced fumble and two fumble recoveries this year.

Kentucky hasn't had a player taken in the past two drafts with the Wildcats' most recent draft pick coming when Josh Forrest was selected by the Rams in the sixth round in 2016. Their drought should end this year with outside linebacker Josh Allen expected to be chosen in the first round. If he is, it will give the Wildcats a first-round pick for the first time since Bud Dupree was selected by the Steelers with the 22nd overall pick in the 2015 draft.

Kentucky coach Mark Stoops isn't shy about bragging about his star player and called him the: "best defensive player in the country," on his radio show last month.

Allen, who is a senior, leads the SEC in tackles for losses (16) and sacks (11) and his five forced fumbles lead the nation. The 6-foot-5, 260-pound Allen has 65 tackles and has recovered two fumbles.

Mississippi could have two first-round picks with offensive lineman Greg Little and wide receiver A.J. Brown both projected to be top-25 selections. The Rebels entered the season with three first-round prospects, but receiver D.K. Metcalf could choose to return for another season after suffering a season-ending neck injury which required surgery last month.

Brown's 72 receptions and 1,047 yards receiving both lead the SEC and he's had five 100-yard receiving games this season, including three in a row. The 6-1, 225 pound Brown became the school's all-time leading receiver in a loss to Texas A&M on Saturday. He has 2,711 yards receiving to move in front of Shay Hodge, who had 2,646 yards receiving from 2006-09.

"Been around a lot of great receivers here at Ole Miss, for him to be the all-time leading receiver, that's a pretty special accomplishment for him," Mississippi coach Matt Luke said. "He's been very unselfish, playing inside, playing outside. He's very versatile. That will do nothing but help him going forward, his ability to do a bunch of different things."

Georgia, which had three first-round picks selected in the 2018 draft, could have another one next year in cornerback Deandre Baker. He flirted with the draft last offseason before returning for his senior year and has two interceptions and leads the SEC with nine passes defended.

Mississippi State has two defensive linemen who are among the best in the nation and could both be first-round draft picks. Jeffery Simmons, a 6-4, 300-pound tackle, is a three-year starter whose 12½ tackles for losses rank fourth in the SEC. Simmons has 27½ tackles for losses and five sacks and has piled up 148 tackles in his career.

At Missouri, two offensive stars could be selected in the first round in 2019. Tight end Albert Okwuegbunam led the SEC with 11 touchdown receptions last season and is fourth this year with six TD grabs and has 466 yards receiving. His quarterback Drew Lock could join him as a first-round pick after a four-year career where he's thrown for 11,342 yards and 92 touchdowns with just 39 interceptions.

Lock led the nation with 44 touchdown passes last season and ranks second in the SEC this year with 21 TD tosses. He has thrown for 2,647 yards which also ranks second.

Florida has a top-10 draft prospect in defensive lineman Jachai Polite. The junior is third in the country with four forced fumbles and his 12½ tackles for losses and 7½ sacks are both No. 4 in the SEC.