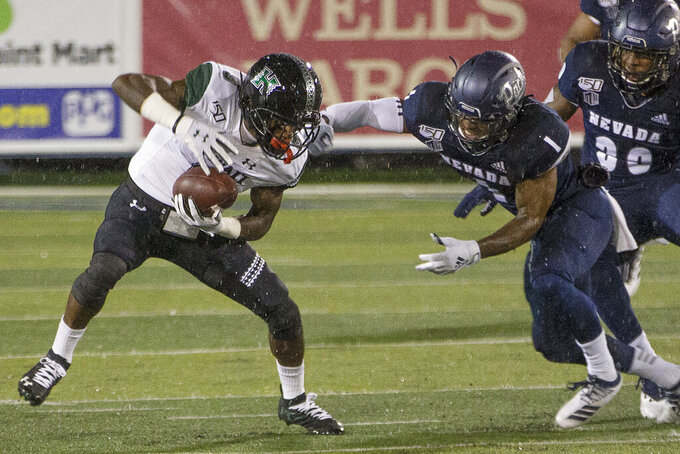 Byrd had TD receptions of 36 and 2 yards, Justice Augafa returned a punt blocked by Andrew Choi 2 yards for a score and Miles Reed scored on a 9-yard run to make it 28-0 with 5:33 left in the second quarter. After Brandon Talton's 36-yard field goal got Nevada (3-2) on the board with 36 seconds left in the first half, Byrd ran 29 yards on a trick play and then had a 7-yard reception to set up a 44-yard field goal Ryan Meskell to give the Rainbow Warriors a 28-point halftime lead.

Hawaii, which had lost seven of its last eight against the Wolf Pack, won at Nevada for just the second time in 10 all-time tries. It was the second-highest margin of victory in series history; the Rainbow Warriors lost 73-12 in Honolulu on Dec. 17, 1948.