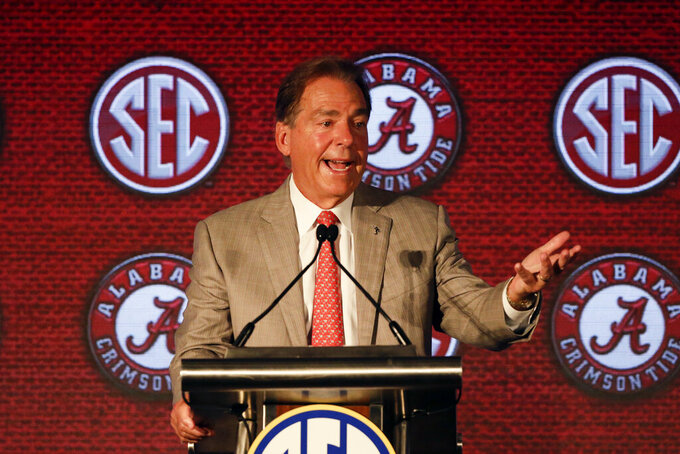 BIRMINGHAM, Ala. (AP) — Alabama is the favorite to repeat as Southeastern Conference champion while Georgia is the pick to win the Eastern Division in the media's annual preseason poll.

The Tide also led the way with 16 players making the preseason All-SEC teams, with six of the team's eight predicted first-teamers playing on defense.

Georgia and Auburn had 10 preseason All-SEC picks and Texas A&M had seven.

The media has correctly predicted the SEC champion eight times since 1992.