Minnesota win away from its first Big Ten championship game 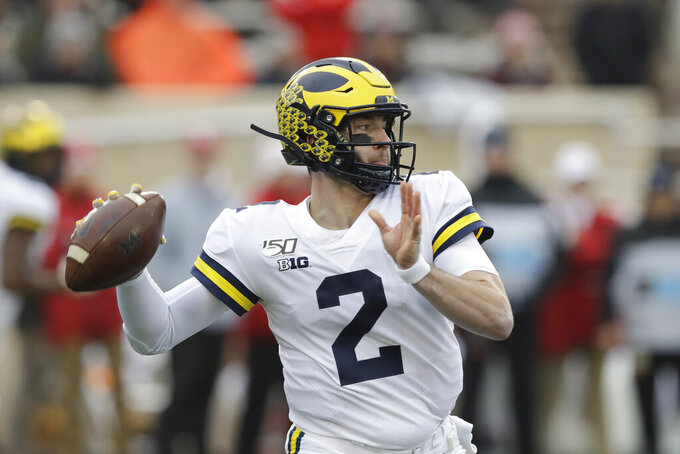 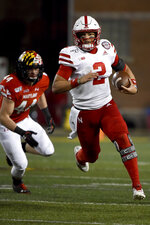 Ohio State-Michigan is big, but this one is bigger. The winner of Paul Bunyan’s Axe will play Ohio State in the Big Ten championship game Dec. 7. Minnesota lost 14 straight to the Badgers before taking back the Axe last year. The Gophers haven’t won consecutive games in the series since 1993-94. Picked near the bottom of the West Division in the preseason, the Gophers are going for their first 11-win season since 1904 and their first Big Ten title game appearance. Wisconsin is trying to get to the conference championship game for the sixth time since 2011.

Patterson is playing some of his best football the last couple weeks for the 10th-ranked Wolverines (9-2, 6-2, CFP No. 13), completing 68% of his passes (44 of 65) for 750 yards and nine touchdowns, with one interception, against Michigan State and Indiana. He will be facing the nation’s best pass defense. Second-ranked Ohio State (11-0, 8-0, CFP No. 1) has picked off 14 passes, allowed six touchdowns through the air and is allowing just 4.9 yards per attempt.

The Wolverines have found their stride the last month and are hungry to flip the series. They’ve lost seven in a row to the Buckeyes and 14 of the last 15. Ohio State, coming off a 28-17 win over Penn State, looked unbeatable until the Nittany Lions rallied in the second half. Michigan can draw confidence from that.

The Huskers’ game against Iowa could come down to Martinez. He’s had a bumpy sophomore season, and two of his top four receivers could be out. Martinez has become a more confident runner in recent weeks, and that could serve him well. He played one of the best games of his career in last year’s 31-28 loss to the Hawks, accounting for 336 yards and three touchdowns.