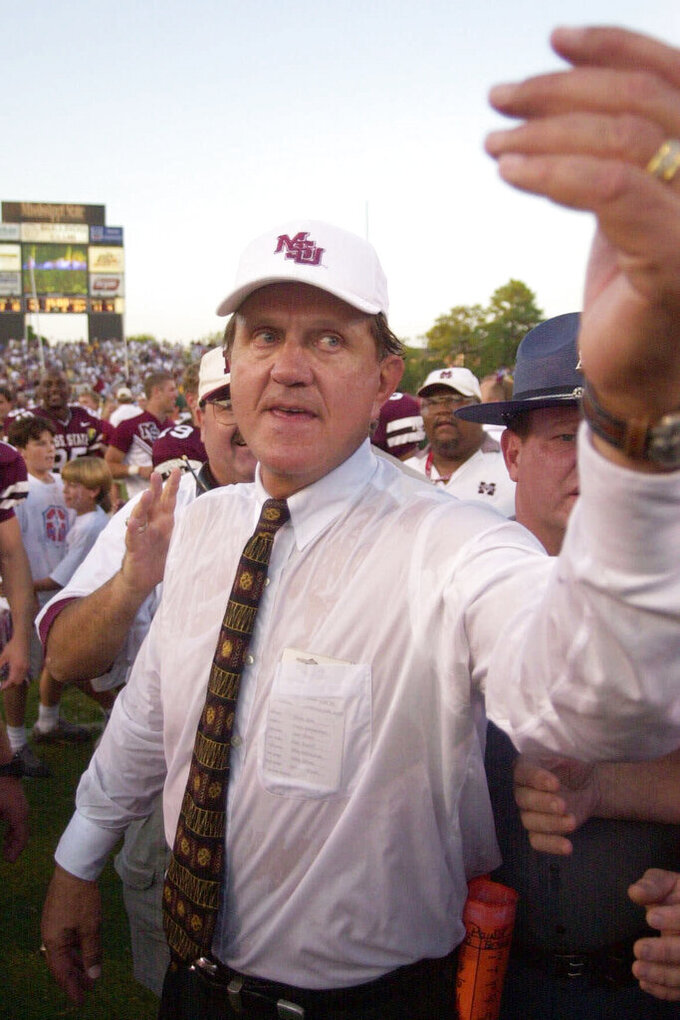 Sherrill also said the NCAA hurt his future coaching opportunities by publicly naming him in allegations of recruitment violations in 2003.

Financial terms of the lawsuit settlement are confidential. The agreement was reached Wednesday in Madison County Circuit Court after jurors had already heard testimony about Mississippi State's recruiting practices under Sherrill.

"Rather than continuing what already has been a lengthy legal process, all parties have agreed to confidentially settle the claims in this case without admissions of liability or responsibility," the NCAA's chief legal officer, Donald Remy, said in a statement.

WLBT-TV reported that former Mississippi State quarterback John Bond testified Sherrill was diligent in following NCAA recruiting rules. Rutha Grindle, mother of former player Terrell Grindle, testified that her son's car was paid for by her family. The NCAA had alleged he received a car to play at Mississippi State.

Sherrill, 75, lives in Wimberley, Texas. He said the conclusion to the case vindicates him.

"I'm relieved, especially after all this time," Sherrill said after the settlement.

The lead NCAA investigator of Sherrill, Rich Johanningmeier, had been pursuing his own legal action against Sherrill. The settlement requires Johanningmeier to drop that action, the Clarion Ledger reported.