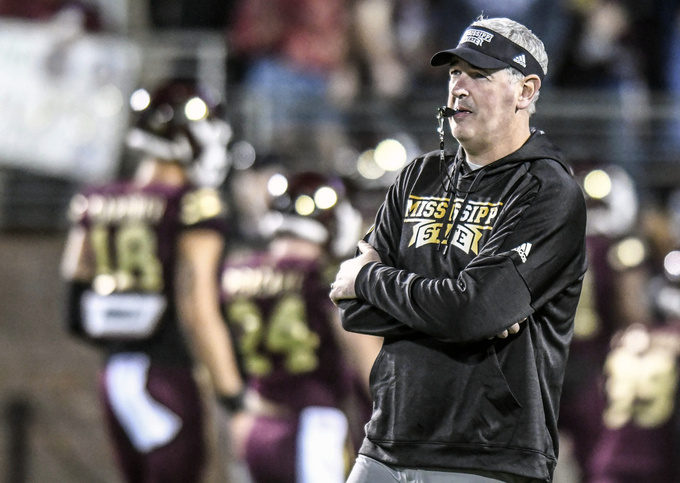 Series record: Mississippi State leads 3-2 but has never lost to Louisville on the field. The Bulldogs forfeited wins in 1975 and 1976.

Mississippi State can finish with its first three-game winning streak to finish a season since 2013 and only the third since the end of World War II for a coach whose Egg Bowl win helped Joe Moorhead keep his job. Louisville can cap the Cardinals' amazing turnaround in coach Scott Satterfield's debut season by making him only the second coach to win his first bowl. A win also would be Louisville's first on the field against Mississippi State.

Louisville's run game — which is led by Javian Hawkins, who is averaging 118.3 yards a contest while piling up 1,420 yards averaging 5.9 yards a carry — against Mississippi State's defense. The Bulldogs rank 56th nationally defending the run, allowing only 148.6 yards a game.

Louisville: QB Micale Cunningham. The Cardinals rank 36th nationally in total offense thanks to the redshirt sophomore providing some balance averaging 162.4 yards passing a game. He has thrown 20 touchdowns with only five interceptions and is 6-4 as a starter.

Tommy Stevens will start at QB for Mississippi State with freshman Garrett Shrader likely out with an upper-body injury suffered during bowl practices. ... Mississippi State is appearing in its 10th straight bowl game and is one of only five SEC programs — and one of 13 FBS programs — to go to a bowl each season between 2010-2019. Bulldogs are 13-9 overall in bowls. ... Mississippi State beat Louisville 31-27 in 2017 TaxSlayer Bowl in last meeting between teams. ... This is second Music City berth berth for both teams. Mississippi State beat Wake Forest here in 2011, and Louisville beat Texas A&m in 2015. ... Coach Joe Moorhead just the second coach to lead Mississippi State to bowl games in each of his first two seasons, joining Jackie Sherrill. ... Louisville 10-11-1 in bowls, winning three of last six. This is second bowl in three seasons for Louisville. ... Louisville coach Scott Satterfield fourth to reach bowl game in first season, trying to join Charlie Strong (2010) as only second to win in his first bowl game appearance. ... Louisville won five more games in 2019 than last season, tied for second-best turnaround in school history. ... Satterfield is 3-0 in bowl games as head coach. ... Louisville is 28-33 all-time in NFL stadiums, winning 7 of last 12. Cardinals 3-0 at Nissan Stadium, including win over Western Kentucky in September. ... Louisville will be without left tackle Mekhi Becton, who is entering the NFL draft and not playing the bowl. Becton started 33 straight games for Cardinals.