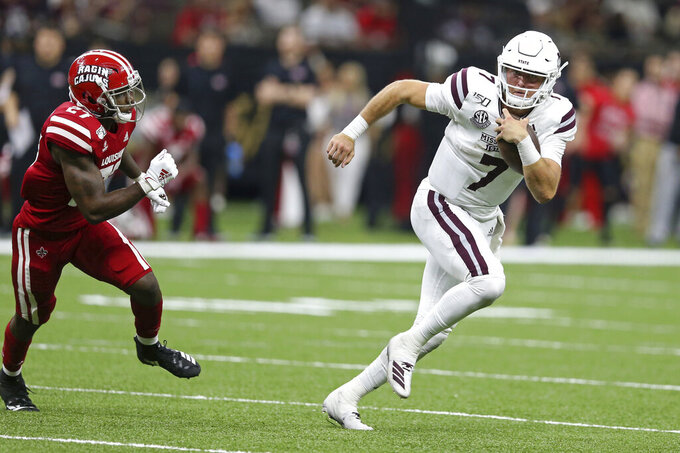 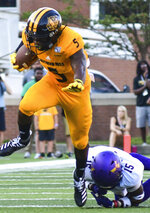 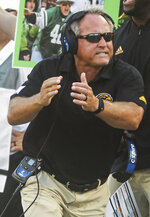 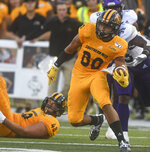 STARKVILLE, Miss. (AP) — Mississippi State and Southern Mississippi are both seeking to maintain momentum from season-opening victories as they renew their in-state rivalry.

While Mississippi State kicked off its season with a 38-28 victory over Louisiana-Lafayette in New Orleans, Southern Miss posted a 38-10 home triumph over Football Championship Subdivision program Alcorn State.

Southern Miss and Mississippi State faced each other every year from 1975-90 but have met just twice since. The series is tied 14-14-1 heading into Saturday's matchup in Starkville, though Mississippi State has won the last four meetings.

"I am sure we are going to get on the field and look at the two-deep, in all three phases for Southern Miss, and there are a bunch of kids that are from the state of Mississippi," Mississippi State coach Joe Moorhead said. "I know our guys will be excited about that. I am sure they will be excited, and I think it will be great for the fan bases, as well."

This game also represents an opportunity for Mississippi State to improve its defense.

Mississippi State surrendered over 400 yards of offense to Louisiana, but Moorhead saw some positives in the opening win. The Bulldogs did pile up 497 yards of offense and had over 250 yards rushing, led by Kylin Hill's 197-yard performance.

"They're physical," Southern Miss coach Jay Hopson said. "They're fast. They're a talented football team. We know we're playing a really good football team. I think that's the call to order for us almost every game the first five of six weeks of the season. They are a football team that has our utmost respect."

Some other things to watch when Mississippi State hosts Southern Miss.

Penn State graduate transfer Tommy Stevens passed for 238 yards and two touchdowns in his Mississippi State debut. He also had a touchdown run.

"He's a multi-talented quarterback," Hopson said. "He can run it. He can throw it. He kind of looked like (former Mississippi State quarterback) Nick Fitzgerald back there with that No. 7 on running around. We know that he is a really good football player. Quarterbacks of that athletic capability make you work."

Southern Miss' Jack Abraham was 18 of 28 for 293 yards and one touchdown against Alcorn State.

"He is accurate, has good touch and is very smart," Moorhead said.

Hill's 197-yard performance against Louisiana-Lafayette was his second-highest rushing total as a Bulldog.

Oklahoma State's Chuba Hubbard (221) and No. 1 Clemson's Travis Etienne (205) were the only Football Bowl Subdivision players to rush for more yardage in their season openers.

Hill rushed for 734 yards last year as a sophomore.

Adams, who missed most of 2018 due to injury, returned the opening kickoff 89 yards for a touchdown against Alcorn State. Adams also scored on an 80-yard punt return in the fourth quarter.

Saturday's meeting marks the conclusion of the current three-game series between Mississippi State and Southern Miss. The Bulldogs won a 49-0 home game in 2014 before going on the road and beating Southern Miss 34-16 in 2015.

There's not a threat of wet weather for Saturday in Starkville. But it will be hot, even hotter than average temperatures for this time of the year in Mississippi. The game-time temperature in Starkville is expected to be 96-97 degrees.