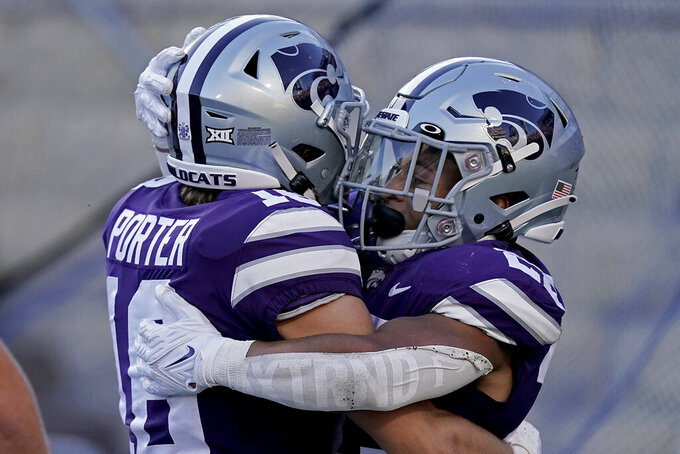 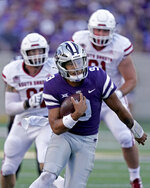 Line: Kansas State by 7 1/2 points, according to FanDuel Sportsbook

Missouri and Kansas State both hope 2-0 starts will propel them into tough conference schedules. But the game has major ramifications beyond the win-loss record. The two schools are constantly tangling for recruits, and winning a matchup of old Big 12 rivals separated by about 4 hours of driving on Interstate 70 would only help matters. Tigers coach Eli Drinkwitz is trying to prove his program is turning the corner while Wildcats coach Chris Klieman believes a team that returns most of its stars from last season can contend for a conference title.

Kansas State RB Deuce Vaughn against the Missouri run defense. The preseason All-American ran 18 times for 138 yards and a score in a season-opening rout of South Dakota. Now he faces a defense that was among the worst in major college football at stopping the run last season, but which limited Louisiana Tech to 11 yards on 22 carries in Week 1.

Missouri: WR Luther Burden III dazzled in his Tigers debut last week, catching a short TD pass while running for another touchdown. Drinkwitz will try to get the ball in the hands of his high-profile recruit as many ways as possible.

Kansas State: QB Adrian Martinez ran for a touchdown against the Coyotes last weekend, but the Nebraska transfer was just 11 of 15 for 53 yards in his Wildcats debut. Martinez gave way to backup Jake Rubley in the second half, and Klieman's offense had gone vanilla long before that point.

The Tigers and Wildcats have met 97 times but not since 2011, the year before Missouri departed for the SEC. The Tigers have not won in Manhattan since 2009. ... Kansas State won the last meeting 24-17 in Manhattan. ... The Tigers have not won their first two games since the 2018 season. ... Missouri had five different players rush for touchdowns in its opener against Louisiana Tech. It finished with 323 yards rushing, its most since a win over Tennessee in November 2017. ... The Tigers picked off the Bulldogs three times in the first half, the first time they'd accomplished that feat in an opener since 1982 against Colorado State. ... Vaughn has eclipsed 100 yards rushing in seven straight games, the second-longest streak in Kansas State history (Darren Sproles, 10 straight). ... Vaughn has scored in eight straight games, the longest K-State streak since 2012.