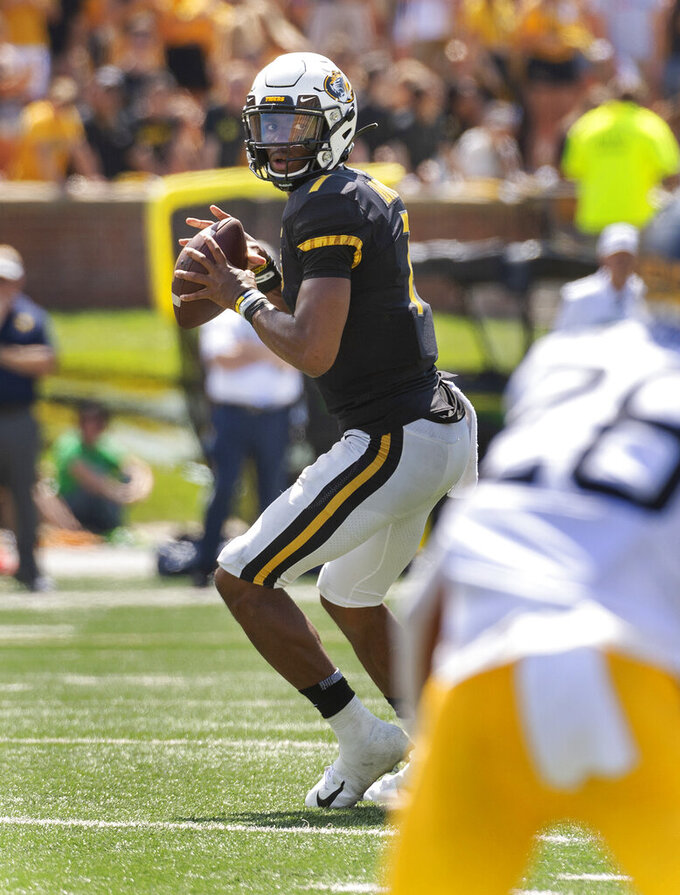 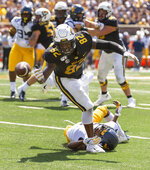 More importantly, they bounced back from last week's stunning loss at Wyoming.

Bryant finished with 150 yards passing but played less than three quarters, heading to the locker room after becoming overheated. But with the game out of reach, it didn't really matter.

Albert Okwuegbunam had two touchdown grabs. Larry Rountree added 99 yards and a score on the ground. Nick Bolton had a pair of interceptions and returned the second for a fourth-quarter touchdown that only emphasized a dominant performance on the defensive side of the ball.

After allowing the Cowboys to run for 297 yards in a 37-31 loss, the Tigers (1-1) limited the Mountaineers (1-1) to 30 yards rushing. Transfer quarterback Austin Kendall was just 15 of 25 for 137 yards, most of that coming on a late touchdown throw, and also had a pair of interceptions.

Just like last week, the Tigers got off to a quick start on Saturday. But unlike last week, when an ominous second quarter followed, coach Barry Odom's team kept right on rolling.

Okwuegbunam capped a 72-yard drive with his first touchdown reception to make it 10-0 late in the first quarter. Rountree scored from 10 yards out after a 59-yard march early in the second, then Okwuegbunam grabbed his second TD catch later in the quarter. And when Bryant found Barrett Banister in the final seconds of the first half, the Tigers had a 31-0 lead at the break.

As for West Virginia, well, things went haywire right from the start.

New coach Neal Brown called for an onside kick on the opening kickoff that didn't work. The Mountaineers went three-and-out on their first drive, then Kendall had tipped passes picked off to end each of the next two possessions. They even missed a field goal in the second quarter.

West Virginia's running game may have been the most embarrassing aspect of the day. Brown had vowed it would improve after managing 34 yards against James Madison last week, but the Mountaineers actually went backward in the first half — 15 attempts took them back six feet.

The Mountaineers finished with 32 carries for 30 yards.

Several members of the Stanley Cup champion St. Louis Blues were on hand, getting a big ovation before the start of the game. The Blues play their preseason opener against the Stars on Sept. 16.

4 minutes ago
By Steve Megargee an hour ago
an hour ago
By Ralph D. Russo 2 hrs ago
By Eric Olson 12 hrs ago