NC State to start Bailey Hockman at QB vs Syracuse 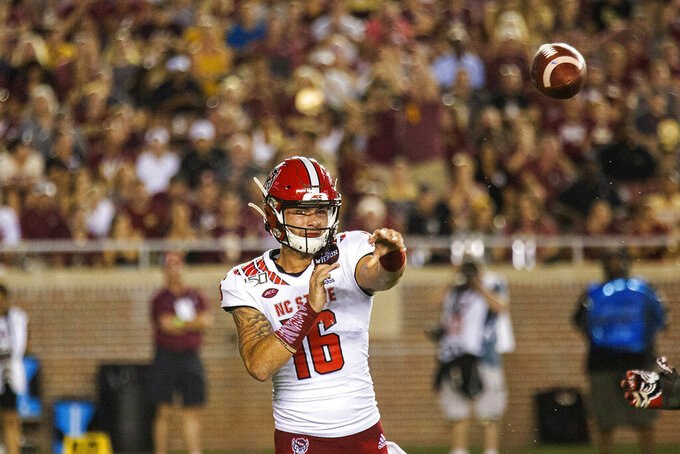 Coach Dave Doeren said Monday that Hockman and backup Devin Leary "are giving us more in the pass game."

Former starter Matthew McKay is listed as the third-stringer for the Wolfpack (3-2, 0-1 Atlantic Coast Conference).

McKay started the first five games but was replaced by Hockman after three series of the 31-13 loss at Florida State. McKay completed 3 of 7 passes for 20 yards before Hockman took over and was 21 of 40 for 208 yards with a touchdown.

Leary completed 4 of 5 passes for 54 yards after Hockman, who started his career at Florida State, tweaked his knee late.