NC State turning to Leary at QB at No. 23 Wake Forest 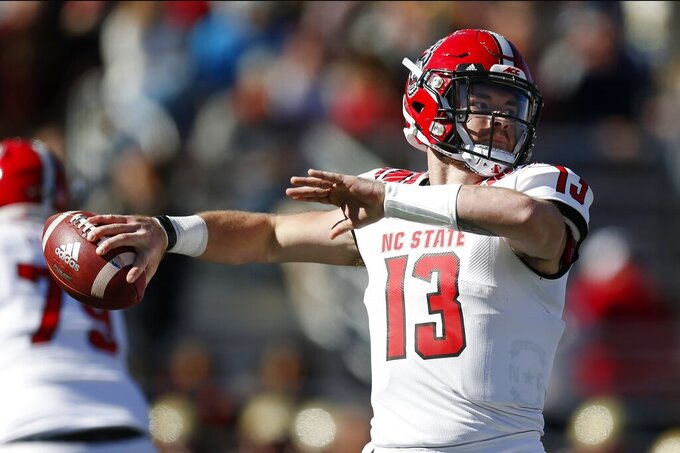 Saturday's game will be Leary's first start for the Wolfpack (4-3, 1-2 Atlantic Coast Conference), making him the first redshirt freshman to start at QB for N.C. State since current Seattle Seahawks quarterback Russell Wilson did it in 2010.

The position has yet to provide the consistency sought by coach Dave Doeren after losing three-year starter Ryan Finley. Matthew McKay started the first five games followed by Bailey Hockman for two.

Leary got his first extended work in the Oct. 19 loss at Boston College. He completed 15 of 33 passes for 259 yards and three touchdowns in the 45-24 loss. Doeren said Monday that Leary got first-team reps through the team's open week.