NCAA encourages day off from college sports on election day 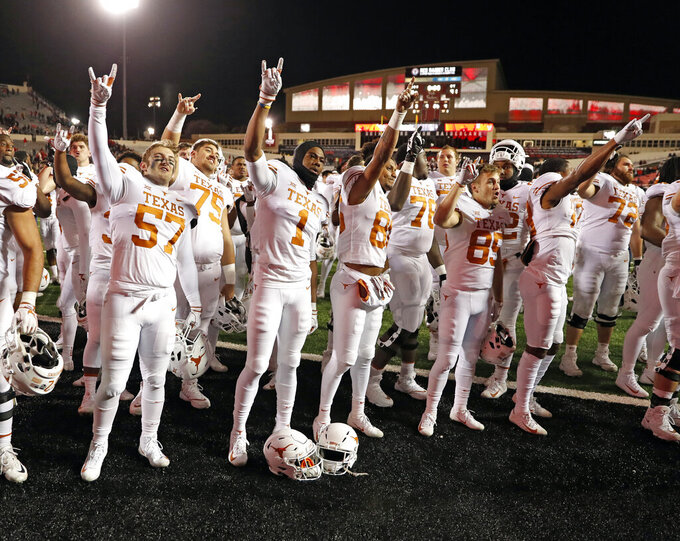 The NCAA on Friday encouraged its 1,100 member colleges and universities to give athletes the day off from sports on election day, responding to grassroots movements of activism from players and coaches.

Following nationwide protests of police brutality and racial injustice, Georgia Tech announced earlier this week it was giving nine fall sports teams a day off from athletic activities on Nov. 3 so athletes can vote in person.

UCLA followed with a similar announcement and Wisconsin said Friday it would also skip athletic activities on election day.

“We just want them to exercise their responsibility to have their voices heard and vote," Wisconsin athletic director Barry Alvarez said. "I want to make that as easy as possible for them.”

At schools all over the country, coaches and players have organized team-wide voter registration efforts, marches and rallies. The Clemson football team helped organize a March for Change scheduled for Saturday on its campus in South Carolina.

The protests were sparked by last month's death of George Floyd, a handcuffed black man who who died after a white Minneapolis police officer pressed his knee into Floyd’s neck for several minutes.

The NCAA did not mandate a day off for athletes on election day. Some competitions are already scheduled for that day. For example, the Southeastern Conference women’s soccer tournament is slated to begin Nov. 3.

Instead, the NCAA encouraged schools to assist students in registering to vote and to give them a day off from athletics to vote.

“We encourage students to continue to make their voices heard on these important issues, engage in community activism and exercise their Constitutional rights,” the NCAA said in a statement.

In the Mid-American Conference, Buffalo's football team is schedule to play at Northern Illinois on that Tuesday night in November. Though MAC Commissioner Jon Steinbrecher released a statement Friday saying the schools, conference and ESPN will work to move the game to a different date,

The Division I college basketball season will start about a week after election day.

SEC Commissioner Greg Sankey told AP educating student-athletes about absentee voting, because many students won’t be registered to vote near their schools, is as important as giving them time off on election day.

Sankey told AP that during a recent video call with the league's football coaches they discussed having speakers talk to their teams about the electoral college, the electoral map and how elections are decided at the local, state and federal level.

“Non-partisan. We want people to make their own decisions about voting. But part of our responsibility is to educate," Sankey said. “That's probably the first time our football coaches' meeting has included a discussion of the electoral college.”

Eric Reveno, the Georgia Tech assistant men's basketball coach credited with starting the #AllVoteNoPlay movement on Twitter, said the NCAA made a step in the right direction.

“However, we need to move beyond a recommendation,” Reveno tweeted. “We need to act. The @NCAA needs to act. We need #AllVoteNoPlay in the rule books.”