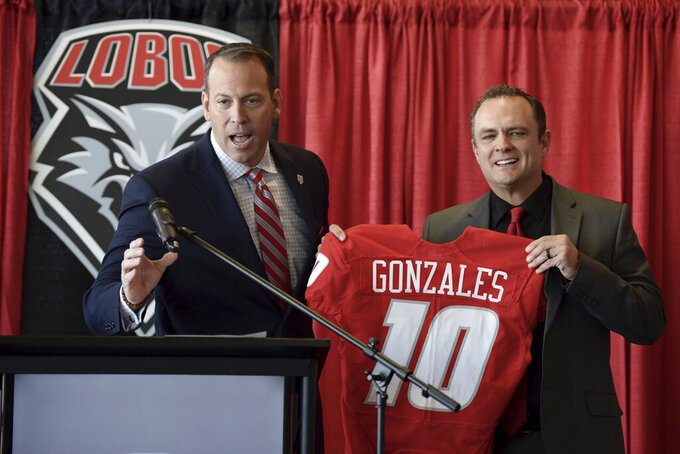 ALBUQUERQUE, N.M. (AP) — Danny Gonzales said Wednesday that taking the New Mexico head coaching job came down to having an opportunity to return home and a chance to turn around the program he grew up around.

“I had many opportunities and I only wanted one,” Gonzales said. “And I’m so happy I got it.”

New Mexico introduced Gonzales on Wednesday as the successor to Bob Davie, who stepped down after the season.

He started his coaching career at UNM as a defensive graduate assistant from 1999-2002.

Gonzales walked on at New Mexico and played for the Lobos as a punter and safety.

He vowed to have the Lobos competing for Mountain West championships.