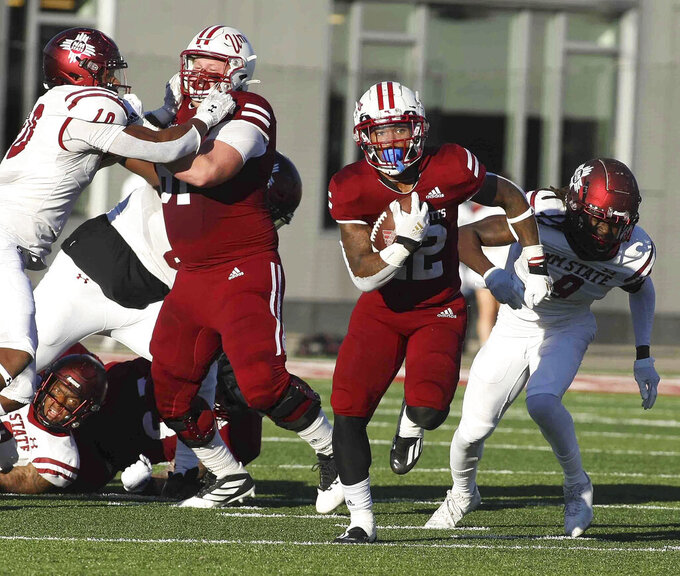 New Mexico State and Missouri both need a pair of wins to reach the six-win plateau and qualify for a bowl game. It won't be easy for either of them. The Aggies visit the Tigers for the first time Saturday before traveling to Liberty, which fell out of the Top 25 this week. Missouri faces the Aggies before its rivalry game against Arkansas.

Missouri QB Brady Cook against the New Mexico State pass defense. Cook has had a rollercoaster season, and some fans want to see hyped freshman Sam Horn get a chance. But Cook played well most of the way last week at Tennessee, throwing for 217 yards and two touchdowns while piling up 323 yards total offense.

Missouri DL Elijah McGuire said this week he'll celebrate Senior Day and the end of his Tigers career, despite having another season of eligibility. He has 55 tackles, 14 tackles-for-loss and six sacks this season.

New Mexico State lost its first four games but has won three around a postponed game against San Jose State. It's the program's first three-game win streak since 2017. ... The Aggies are allowing 25.6 points per game, their best mark since the 1999 season. ... New Mexico State is allowing 175.1 yards per game through the air, the best mark of any independent program. ... Missouri allowed 724 yards total offense in its 66-24 loss last week at Tennessee. That included 460 yards through the air. ... The Tigers need to win their last two games to reach six wins for the second year in a row. They have finished at least .500 the past five seasons.