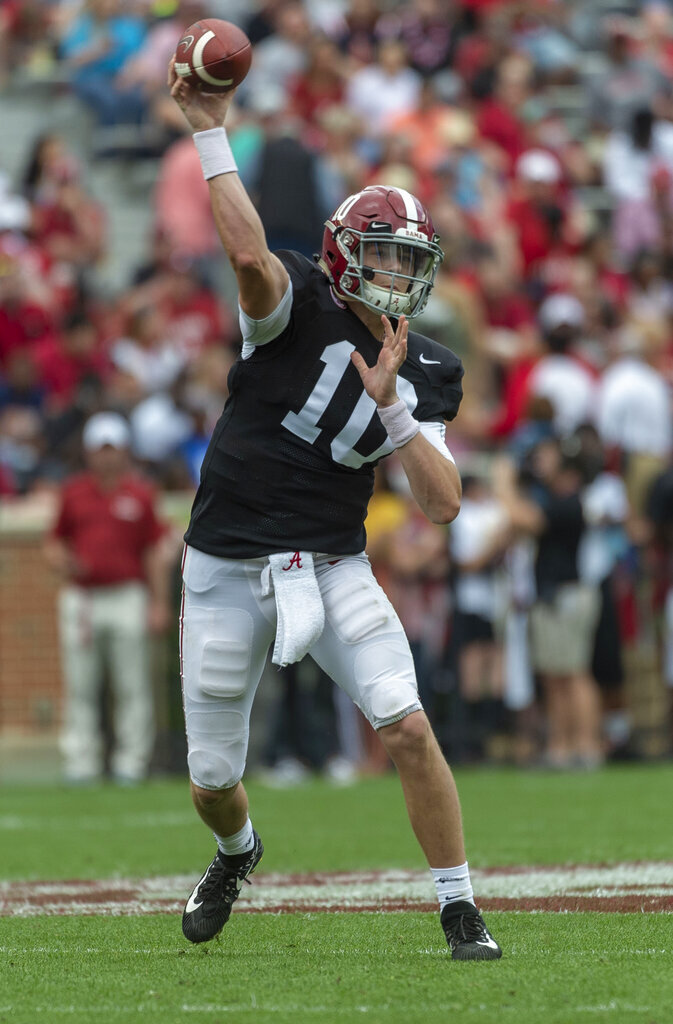 Nick Saban isn't likely to get much sympathy from his coaching peers regarding his offseason challenges.

But even Alabama faces some, especially on a defense that was uncharacteristically vulnerable late last season. Such challenges are inevitable when seven underclassmen declare for the NFL draft, even more than the usual exodus.

The tasks include replacing some defensive stars, bringing along two freshman quarterbacks behind Heisman Trophy runner-up Tua Tagovailoa and getting other newcomers acclimated to the system and expectations.

"We have a very young team," Saban said this week. "We don't have a lot of depth. We'll welcome the new players that we have coming in the fall. I think there's a dozen more and maybe some of those guys can contribute to some of the issues that we have from a depth standpoint."

OK, it's hardly a sob story with 15 members of the nation's No. 1 recruiting class already on campus. Alabama wrapped up spring with Saturday's annual A-Day spring game pitting the first-team offense versus the first-team defense in yet another part of that development.

Alabama, as usual, has opportunities in some spots for newcomers to play early roles. The candidates include a pair of top-10 prospects, defensive end Antonio Alfano and offensive tackle Evan Neal — along with two four-star quarterbacks with crimson bloodlines. The Tide is looking for a starting tackle with the early departure of projected first-round pick Jonah Williams, and Raekwon Davis is the only returning starter along the defensive front.

Some of those departures were practically foregone conclusion with Jonah Williams and defensive tackle Quinnen Williams regarded as likely high first-round picks.

The Tide gave up eight touchdown passes without an interception during that stretch.

Some other intriguing positions/storylines for the Tide leaving spring:

—Jalen Hurts gave Alabama the luxury of a backup quarterback who was also a two-year starter. Hurts is now at Oklahoma as a graduate transfer.

Mac Jones was a third-teamer last season but only completed five passes while playing a mop-up role. He put up the biggest numbers in the spring game among the backups, going 19 of 23 for 271 yards with two touchdowns and an interception, mostly in the first half.

Freshmen Taulia Tagovailoa, Tua's younger brother, and Paul Tyson tried to take advantage of a chance to perform in front of Tide fans at the spring game.

Tyson is the great grandson of iconic former Alabama coach Bear Bryant. Taulia Tagovailoa was 6-of-9 passing for 93 yards with a touchdown and an interception. Tyson attempted five passes, completing one for 8 yards while also getting picked off.

—Alabama had depth issues at inside linebacker even before Mack Wilson opted to skip his senior season. Fifth-year senior Joshua McMillon has drawn praise from Saban.

—Defensive tackle DJ Dale wasn't among the highest rated recruits but has gotten strong enough reviews to think he might have a chance at playing time as a freshman. Saban said Dale has shown some physical skills but also "a little maturity about being able to go out there and do his job."