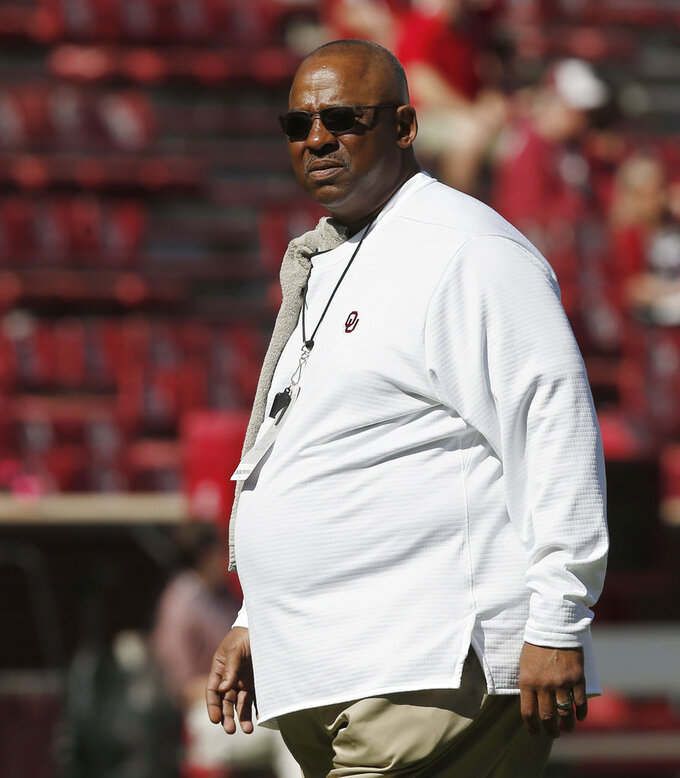 Some things to know about Week 10 in the Big 12 Conference:

No. 12 West Virginia (6-1, 4-1 Big 12, No. 13 CFP) at No. 15 Texas (6-2, 4-1, No. 17). A November matchup that could go a long way in determining who plays in the Big 12 championship game — and could even be a preview of the Dec. 1 game. The Mountaineers and Longhorns, who last met as ranked teams in their initial game as Big 12 foes in 2012, are tied with No. 7 Oklahoma atop the league standings. Texas is 3-0 this season against Top 25 teams, but coach Tom Herman's team is looking to bounce back from a loss at Oklahoma State that ended its six-game winning streak. West Virginia and quarterback Will Grier rebounded from a loss at Iowa State with a lopsided home win over Baylor last week. WVU ends its regular season against Oklahoma, which the Longhorns already beat at the State Fair of Texas.

Texas Tech leads the Big 12 with 23 rushing touchdowns, and has allowed only nine. ... Iowa State has won its last three games, all in October to improve to 7-0 in such games the past two seasons. The only other time they went undefeated in October was 1938. ... Oklahoma State and Texas Tech both need one win to get bowl eligible. Only Big 12 co-leaders Oklahoma, West Virginia and Texas already have six wins. ... Baylor WR Jalen Hurd, the former Tennessee RB, has 39 first-down receptions and 35 catches for at least 10 yards.

TCU has never had a four-game losing streak in coach Gary Patterson's 18 seasons as head coach. The Horned Frogs (3-5) go into Saturday's home game against Kansas State, the coach's alma mater, with three losses in a row. But they are favored by more than a touchdown against K-State, which has lost four of its last five games, including 51-14 at Oklahoma last weekend.